Meteorologist Jim Weber offers the latest on Larry and Mindy.

TAMPA, Fla. - Rain was pouring down on the Florida Panhandle as Tropical Depression Mindy made its way across the state early Thursday morning. The forecast track shows it will remain a depression even after it moves back over water in the Atlantic.

"This line of moisture it’s leaving behind is kind of going to slide south and eastward through the area for later today," FOX 13's meteorologist Dave Osterberg said describing the Bay Area's forecast for Thursday. "That’s really where our rain will come from." 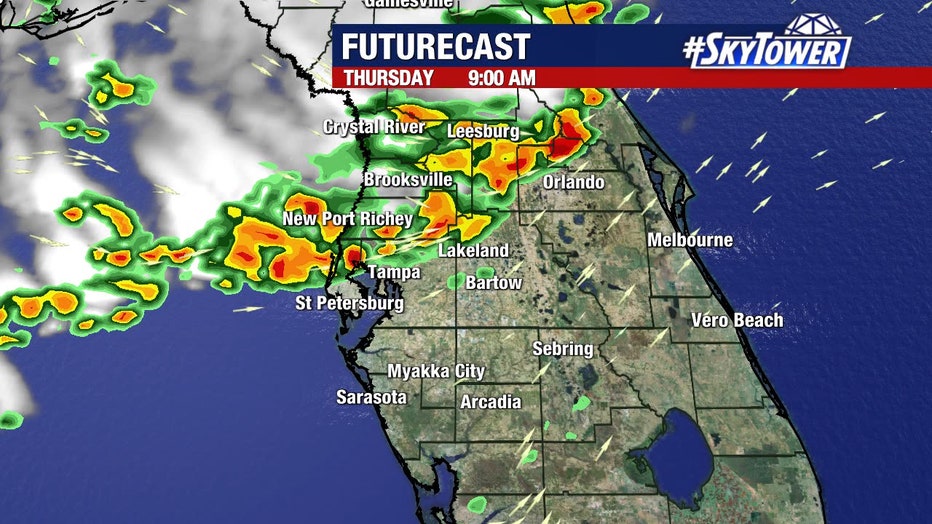 Mindy made landfall in St. Vincent Island, on Wednesday night. It's expected to cause as much as 6 inches of rainfall across the Florida Panhandle and portions of southern Georgia and South Carolina through Thursday morning, the National Hurricane Center said. 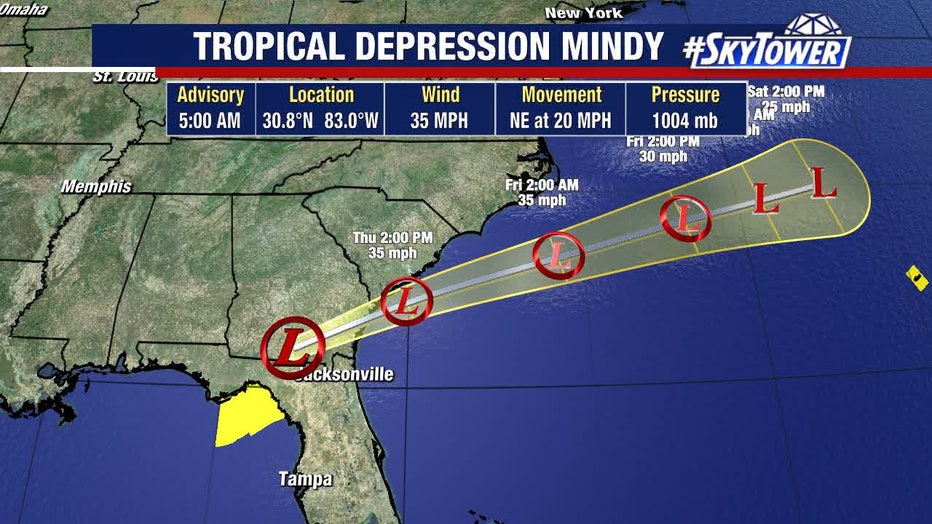 The tropical storm warning is in effect from Mexico Beach, Florida, to the Steinhatchee River to the east. That area is about 300 miles east of southern Louisiana, where Hurricane Ida made landfall late last month.

The region is still recovering from the deadly and destructive Category 4 storm.