BD Kennels has a program where they donate retired hunting dogs to veterans with PTSD.

Lake Wales, Fla. - For military veteran, Thomas Jenkins, returning to his normal life has been a tough task. But thanks to BD Kennels in Lake Wales, he now has a new best friend to help deal with his PTSD, otherwise known as Post-Traumatic Stress Disorder.

Jenkins spent 21 years in the Navy, serving in Desert Storm, as well as serving several tours in Iraq and Kuwait. He retired from military service in 2008.

BD Kennels recently held a raffle for veterans suffering from PTSD. Those chosen would be able to take home one of the kennel's retiring pedigree dogs. 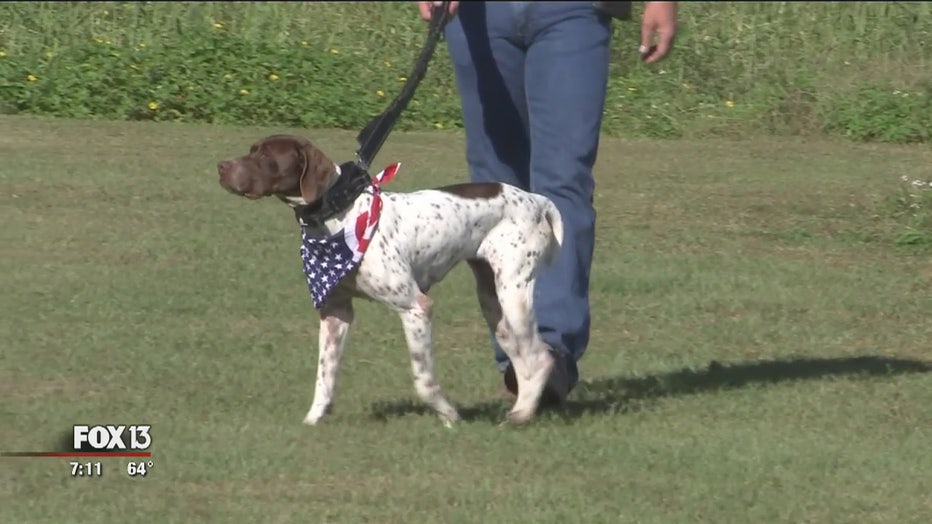 Joyce Jenkins, Thomas' wife, saw the raffle and decided to write into the kennel, explaining how much difference a dog would make in her husband's life.

Jenkins won the raffle, and took home a German Shorthaired Pointer named Cali. The two bonded instantly. "She wants to hunt. We got along right off the bat. Seemed like we were going to be a good match, and it was very important to me and to her. I think we are going to have a good time in the future," Jenkins said.

BD Kennel has been breeding bird dogs like Cali for over 25 years. When it becomes time for these dogs to retire, the group knows the dogs still have an important role to play as a companion.

For owner, Butch Butler, giving these dogs to people who have sacrificed so much was a must. "The veterans give us a lot to us. I think it's very important we give back to them" Butler said. 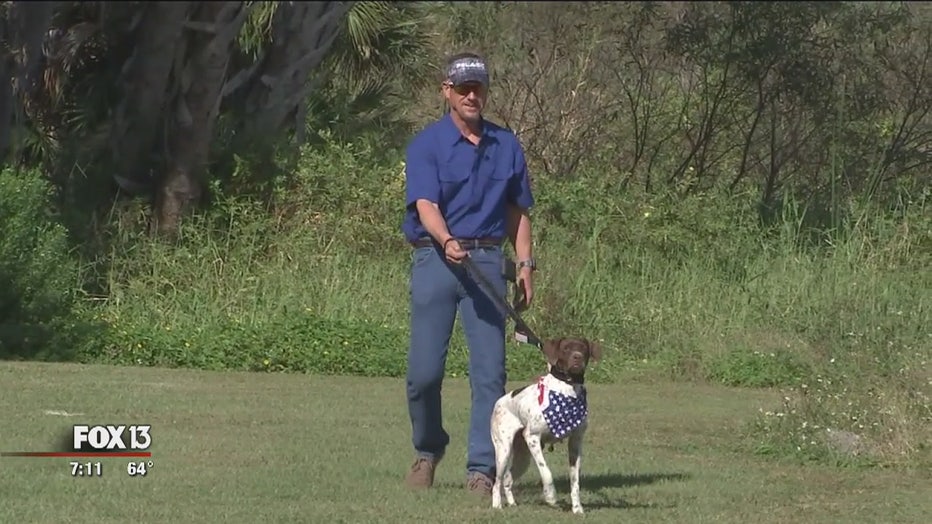 Talking with others about his PTSD has been tough for Jenkins, but with Cali by his side, it has become easier. "Sometimes, you can't always tell people what's going on. It's kind of comforting. If I'm having a bad day, she's there to make it better. When she's having a bad day, hopefully, I can make it better for her" Jenkins said.

Jenkins is grateful for BD Kennel, and is inspired by how much the group cares for veterans. "To afford an opportunity like this, not just for me to win, but for all the veterans, EMT's, first responders, school teachers. They put these out there, to allow us to adopt and bring home. It's amazing, especially that people out here still care for us vets like that. It means a lot," Jenkins added.

More information about BD Kennels and their "Post-Traumatic Stress Disorder" Raffle can be found on their website
https://www.bdkennels.net/