The first shooting occurred around 12:30 a.m. Thursday in the 2300 block of 7th Street South. The young boy was sleeping when a shooting occurred outside his home and one bullet found its way inside, injuring his foot, according to St. Pete police.

"Real angry.  Whoever did it, they need to get punished for it," said Robert Creed, the 11-year-old’s stepfather.  "I was scared for him, because I’m trying to figure out what’s going on, I see my son shot; I see a bunch of blood, I’m trying to get him to the hospital."

Investigators said the 11-year-old’s injuries are not life-threatening. 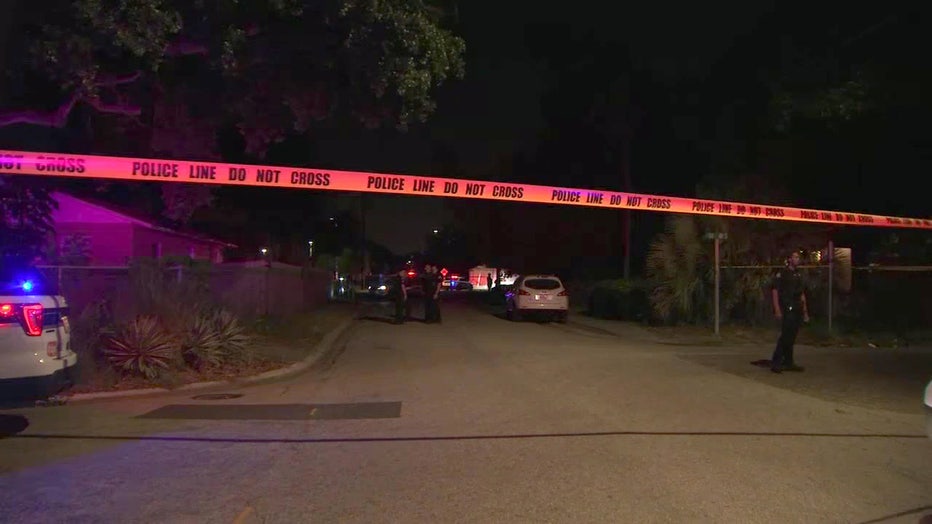 A separate shooting occurred around 1:40 a.m. in the 1300 block of 21st Street South. Police said a 43-year-old woman woke up in bed with a gunshot wound to her lower leg.

Police said her injuries are not life-threatening, and – similar to the previous shooting – shots were fired outside and a stray bullet entered the home.

While investigators said they are trying to determine whether the shootings are related, they said the shootings do not appear to be connected based on the evidence gathered so far.

"We're working very hard to find the shooters in both of these case," insisted St. Pete police spokeswoman Yolanda Fernandez.  "We’re going to have extra patrols in both of those areas where this occurred."

Anyone with information is asked to call the St. Petersburg Police Department at 727-893-7711.