ST. PETERSBURG, Fla. - A 12-year-old Wimauma girl was the sole survivor of a crash that killed her parents and grandparents in Mexico. She was flown back to the Bay Area with critical injuries.

Jasmin Cervantes-Garcia has been recovering at Johns Hopkins All Children’s Hospital for the last month, and is now awake and alert.

"She's doing good, she's doing really well. And so that's why we have high hopes that she's going to, you know, be our Jasmin again," said Cruz Cervantes, Jasmin’s older brother.

A medical flight brought Jasmin back to the Bay Area from Mexico on July 12. Family wanted to bring the 12-year-old home, and knew she needed better care. Jasmin had been critically injured after the violent car crash.

Jasmin and her family were driving home after a trip to Mexico back in June, when a charter bus crashed into their pick-up truck head-on. The deadly wreck claimed the lives of Jasmin’s parents and grandparents, a pain loved ones have not fully processed as they are focused on Jasmin’s recovery. 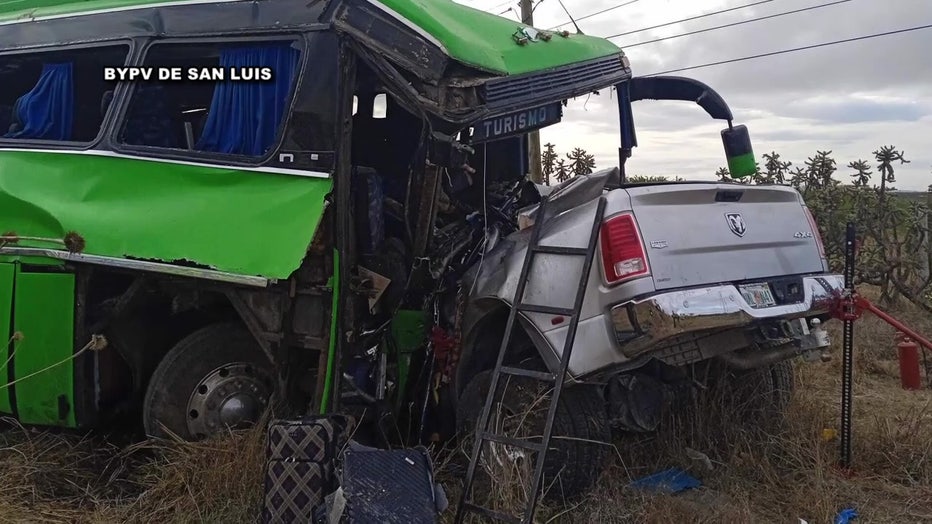 Jasmin had surgery on her jaw and still cannot speak. We are told she suffered a serious brain injury and the long-term damage is not clear yet. In a few weeks, Jasmin’s brother expects she will move to a rehab facility for intense speech therapy and physical therapy.

Jasmin is a fighter, and her four older brothers will be with her every step of the way

PREVIOUS: 12-year-old back in Tampa Bay after crash in Mexico

A 12-year-old girl from Wimauma is in a Tampa Bay area hospital after she was seriously injured in a crash in Mexico that killed four family members.

"However long it takes, we're going to be here for her, and she’s not alone," Cruz said.

Cruz said the entire family is grateful for all the prayers and support from the community. This Saturday, they are hosting a benefit for Jasmin in Wimauma from 12-6 p.m. at 5529 Ruth Morris Road.