FOX 35's Stephanie Buffamonte was in Winter Garden with the story.

WINTER GARDEN, Fla. - The Winter Garden Golf Cart Christmas Parade was canceled on Sunday after a car almost hit an officer trying to close down the road to make way for the event.

Police said officers were in Downtown Winter Garden preparing to close the roads for the parade when a vehicle approached on Plant St. at a high rate of speed.

An officer tried to slow down the car, but officials said the driver sped up toward the officer, almost hitting him.

The driver reportedly continued forward, hitting another vehicle traveling in the same direction.

After the crash, the driver got out of the car and ran away.

Police said that an off-duty officer from the Kissimmee Police Department was in the crowd and saw the driver run, but was able to grab him and hold him until investigators arrived.

The Winter Garden Golf Cart Christmas Parade was canceled on Sunday after a car almost hit an officer trying to close down the road to make way for the event. In a news release, police said officers were downtown preparing to close the roads for the parade when a vehicle approached on Plant Street at a high rate of speed.(Courtesy: George Merola)

"It was just a reflex. I didn't picture myself chasing after someone. I work in Kissimmee and live in Winter Garden and I just didn't think anything of it – I just felt myself going after him," the officer said.

While there was said to be a large crowd for the parade, no one was hurt. However, investigators said the driver of the vehicle that was crashed into was taken to the hospital with minor injuries.

There was confirmed to be a woman and two juveniles in the suspect's car. The driver, Terryus Baker, was arrested, along with the woman, Elizabeth Chavez. 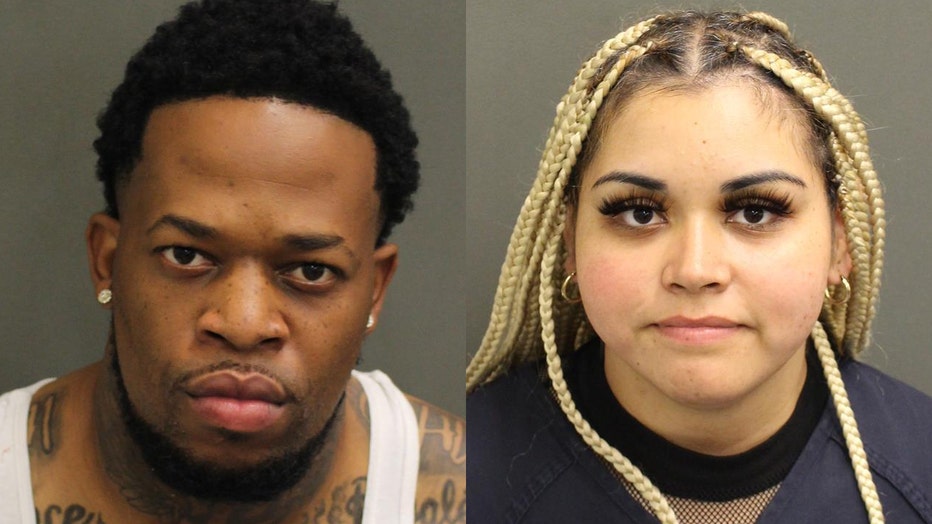 Baker said to police that he knew he had a warrant out for his arrest. He was reportedly arrested for not having a valid driver's license, possession of narcotics, aggravated assault on a law enforcement officer, child neglect and the original warrant that was already out for his arrest.

Police said Chavez also had a warrant out for her and was arrested.

TRENDING: Tornado relief: How to help victims in Kentucky, other states

Investigators said the children were turned over to the Department of Children and Families. 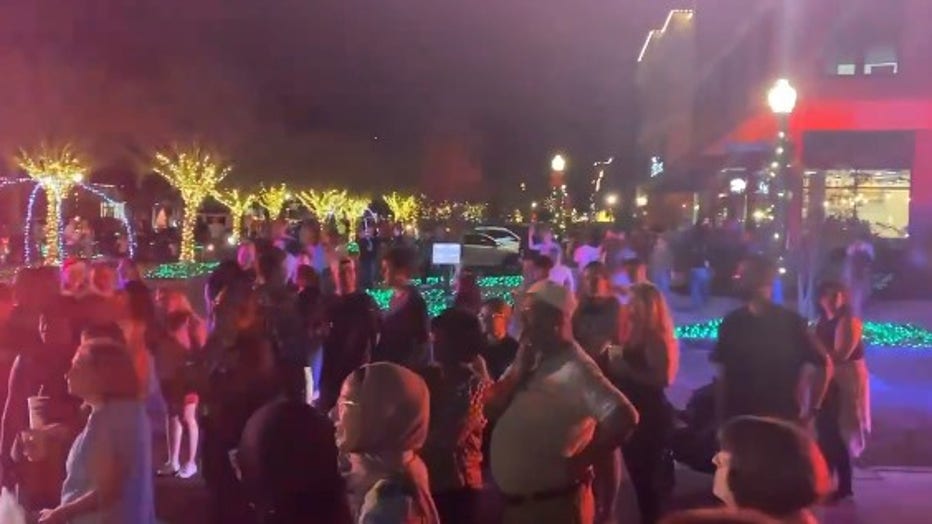 FOX 35's Holly Bristow confirmed with officials that the Winter Garden Golf Cart Christmas Parade has been rescheduled for this coming Sunday.