CLEARWATER BEACH, Fla. - Clearwater police said two 18-year-olds with toy guns were mimicking a dangerous TikTok challenge when they shot a woman in the eye with a gel pellet.

It happened around 1:30 a.m. Monday near Clearwater Beach, on Gulf View Boulevard by Salty's.

Police said the woman was hit in the eye by a gel pellet shot from a BB gun. She was taken to the hospital. 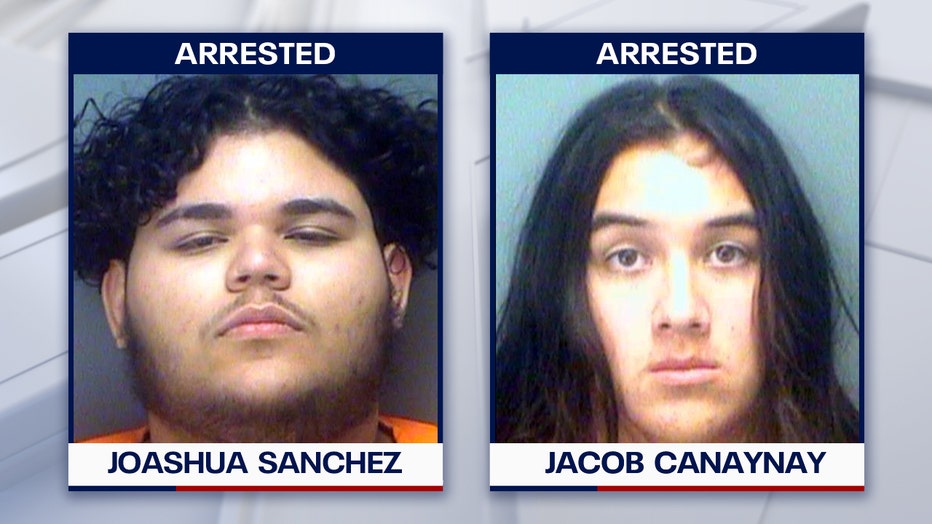 The two 18-year-olds have been arrested. Joashua Sanchez and Jacob Canaynay face one count each of simple/aggravated battery.

"These things are not harmless pranks," said Rob Shaw with Clearwater PD. "If they think it's a harmless prank, stay home shoot each other. Don't go driving down the street indiscriminately firing these guns."

Jamie Pessina said she was nearly blinded when she became the suspects' target when she was leaving work near Clearwater Beach.

"I feel like it is a rock or something it comes full blast," said Pessina.

Investigators said there have been six similar incidents across Tampa Bay during the last four months.