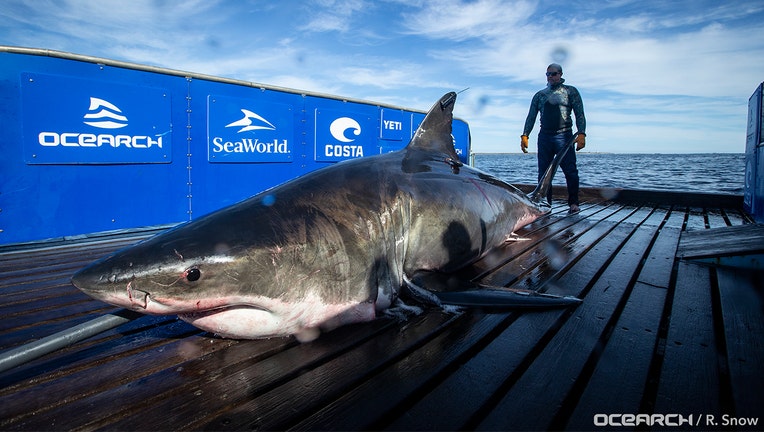 NAPLES, Fla. - Scientists say a 15-foot-5-inch (5 meter) great white shark weighing more than 2,000 pounds (900 kilograms) has entered the Gulf of Mexico after a journey down the coast from Canada.

OCEARCH catches and collects samples from marine life before releasing the animals back into the ocean. The group says a big mature female like Unama'ki could lead them to where she gives birth.

OCEARCH tagged 11 white sharks during its 2019 expedition off the coast of Nova Scotia, Canada. Unama'ki was tagged in the area in September - more than 2,000 miles (4,828 kilometers) away from Florida waters.