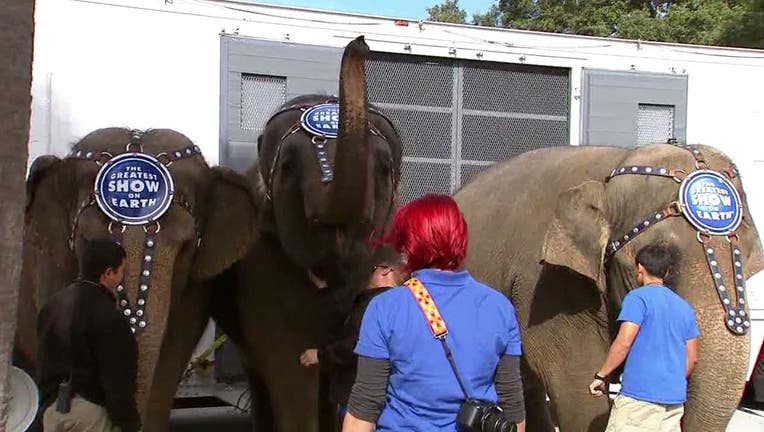 The pachyderms are coming from the Center for Elephant Conservation in Polk County. Most of the animals previously traveled with the Ringling Bros. and Barnum & Bailey circus until they were retired in 2016.

White Oak is owned by philanthropists Mark and Kimbra Walter.

“Elephants are majestic and intelligent animals, and they are in dire need,” Kimbra Walter said. “For too long, humans have decimated the native habitats, poached, and removed these animals from their natural home.”

The elephants will have access to nine interlinked areas that will include a variety of vegetation and habitat types, such as wetlands, meadows and woods, a news release said.

The center is constructing eleven waterholes and three barns equipped with veterinary equipment.

Inside look: Where Ringling's elephants retire

FOX 13 got a tour of the Ringling Brothers Elephant Conservation Center, the facility where circus elephants will live out their days. It's in an undisclosed location that spans 200 acres in the Green Swamp area of northern Polk County.

See the thousands of costumes that fill a room at the Circus Arts Conservatory in Sarasota, Florida.

People came out for decades to watch the Ringling Bros. circus train roll into their city.