Father raises awareness after baby born with half a heart

Her father, Gary, said that’s because his daughter was born with half a heart, a rare disorder known as hypoplastic left heart syndrome.

"The left side of her heart never developed, or its severely underdeveloped," Gary told FOX Television Stations. "She’s basically missing half her heart."

"She can have a heart attack at any time. She could have a stroke at any time," he continued.

Compounding the ordeal, Gary said the pressure from her heart has led to her liver leaking protein.

Gary said he and his wife, Casey Armstrong-Lange, were informed about their daughter’s condition when Casey was 20 weeks pregnant. They had the option of terminating the pregnancy but chose to carry it out. 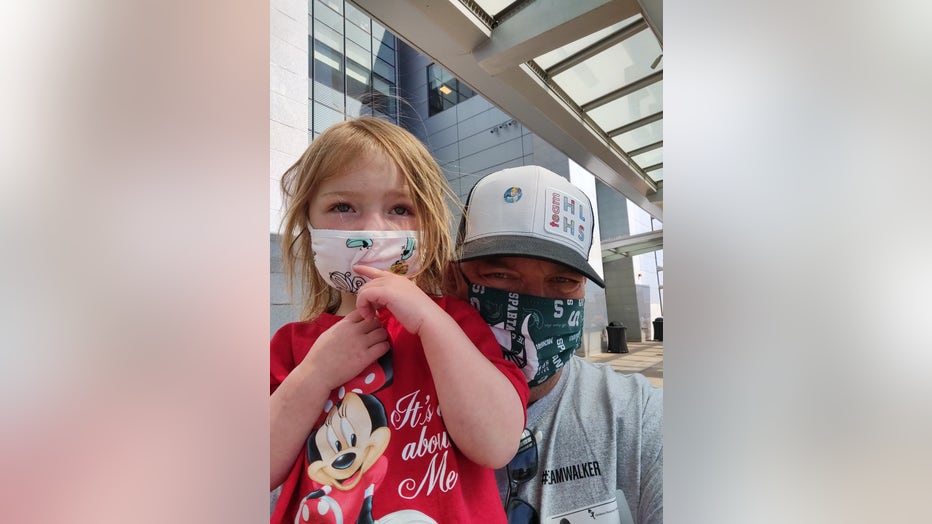 The father said Katherine’s surgeries and medications have allowed her to live a somewhat normal life with her heart defect, but heart and liver transplants could be in her future.

As of now, Gary said his daughter seems to comprehend her condition.

"I think she does understand more than what she lets on," he continued.

But Katherine’s heart defect hasn’t stopped her love for others. Gary described his daughter as caring, empathetic, and concerned about the well-being of others.

He documents his daughter’s medical journey on his Facebook page.

"This journey so far has had its ups and downs but I can assure you I would not trade it for the world," he posted.

What is hypoplastic left heart syndrome?

According to the U.S. Centers for Disease Control and Prevention, hypoplastic left heart syndrome is a birth defect that affects normal blood flow through the heart.

The CDC estimates that every year about 1,025 babies in the U.S. are born with the disorder.

Scientists said they don’t know what causes the defect but babies can experience problems breathing, pounding heart or a weak pulse after birth.

Treatments include medications and multiple surgeries not to cure the disorder but to restore heart function. However, patients could have lifelong complications.

Gary said he wants to raise awareness about the disorder, citing advocacy groups such as Beads of Courage and Webuildhearts.org which are aimed to help and support children like Katherine.

Gary also designs and sells cups and coffee tumblers with part of the proceeds going to families of children with heart defects.

"Katherine really enjoyed doing that. It was kind of her idea," he added.

The 48-year-old said he hopes his efforts will not only bring the issue to light but also lead to more funding to find better treatments and possibly a cure.

He also wants to show support to other impact families.

"If you are dealing with this, you’re not alone," he said. "There’s not enough known about it."