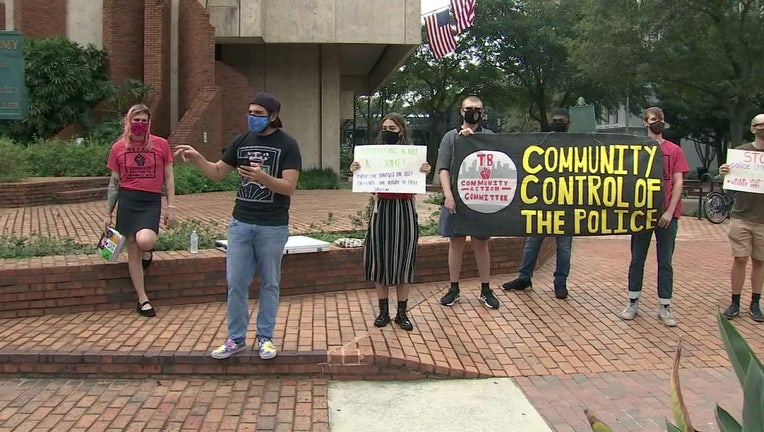 Last September, the governor made a push for legislation to toughen up penalties for rioters.  It could mean felony charges against violent protesters, including those who block roadways.

It would also ban violent or disorderly assembling where property damage or injuries to other people occur.

But protesters Thursday said the legislation goes too far and would kill free speech in Florida.

"It affects even miscellaneous groups, like churches who actually organize in their community, give food. It puts too much into the subjective in allowing these officers to decide what is unlawful assembly," complained David Jones of the Tampa Bay Community Action Committee.

Florida governor: ‘It doesn&#8217;t matter what banner you are flying under, the violence is wrong’

During a visit to Bradenton, Gov. Ron DeSantis condemned the riot at the U.S. Capitol that occurred just the day before.

GOP leaders in both chambers rolled out an anti-riot proposal last month following the attack on the U.S. Capitol, saying the legislation would protect Florida from similar revolts.

But Democratic lawmakers say linking the crackdown on protests with what happened in DC is a ruse.