TAMPA, Fla. - Afghanistan may be on the cusp of even deeper conflict, potentially including a civil war, experts on the region told FOX 13 on the day when suicide bombers attacked outside of Kabul's Hamid Karzai airport.

"We are watching a seminal moment of the 21st Century," said Professor Ben Hopkins of George Washington University.

RELATED: ‘We will hunt you down and make you pay’ Biden says after Kabul airport suicide attacks

"There is no government in Afghanistan right now. The Taliban has not formed a government, and the Taliban is going to very quickly come to the realization that winning on the battlefield, or conquering a country, is very different than governing."

Experts say the key to understanding Thursday's attack is knowing it was designed to be aimed at the Taliban more than the US.

Afghanistan refugees being welcomed in Tampa

The Taliban wants foreign troops out -- but needs international credibility.

ISIS-K, which claimed responsibility for Thursday's attack, wants relevance as the Taliban tries to form a government.

"President Biden has suggested that there was a civil war brewing and that he did not think the US should be there playing one side or the other," said Professor Laura Neack of Miami University (OH). 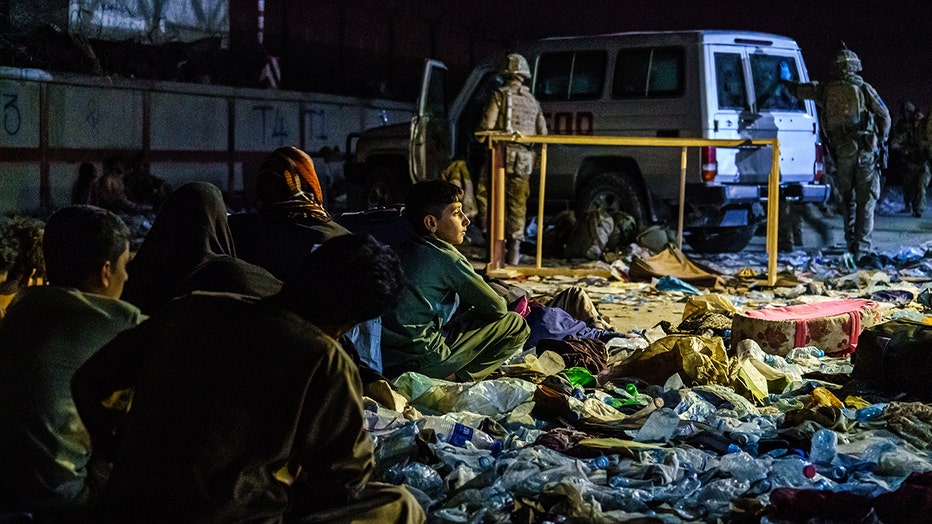 KABUL, AFGHANISTAN -- AUGUST 26, 2021: Afghan refugees sit on the ground in a group as British military secure the perimeter outside the Baron Hotel, near the Abbey Gate, in Kabul, Afghanistan, Thursday, Aug. 26, 2021. (MARCUS YAM / LOS ANGELES TIMES

On August 31, the US will have to use surveillance and drones, rather than boots on the ground, to stop terrorists from organizing in Afghanistan.

"If there is going to be a big terrorist, chaotic brouhaha there, we can play our part of it, which right now is retaliation for the attacks on the Americans and Afghans who were trying to get in, we will do that from abroad just as easily," said Neack.

A Tampa man with ties to Afghanistan is working hard to help Afghan translators find aslyum. FOX 13's Jordan Bowen has more on his efforts and how it's helping get people to safety.

Retired Air Force Col. EJ Otero is concerned American allies will see the American exit as a betrayal and says it's likely US commanders are determining whether staying beyond August 31 would help more get out safely.

"That is one big challenge if troops need to be used and what role allied troops may be a part of that," Otero said.