TALLAHASSEE, Fla. - Florida has AMBER alerts, Blue Alerts, Silver Alerts and Sex Offender Alerts, but starting July 1, you can now receive Purple Alerts. These notifications go out when an adult, suffering from mental, cognitive, intellectual, or developmental disabilities is missing, but does not meet criteria for a Silver Alert.

The story behind Purple Alerts is, unfortunately, a tragic one. Back in August 2018, a Sebring man who had just moved to Port St. Lucie with his father, got out of the house in the middle of the night. Josh Marshall, 30, had a cognitive disability, was nonverbal, and walked with a lopsided gait.

"He wandered around the streets and ended up at a 7-Eleven," his mother Beverly Marshall said. "The store clerk had seen him. Other people saw him. Nobody helped. He was distraught. He was crying. He didn't have any shoes on his feet. And he was just lost."

Josh's body was later found in a pond outside a fire station. Beverly believes that, had there been some sort of alert, Josh might've been recognized and brought home safely. 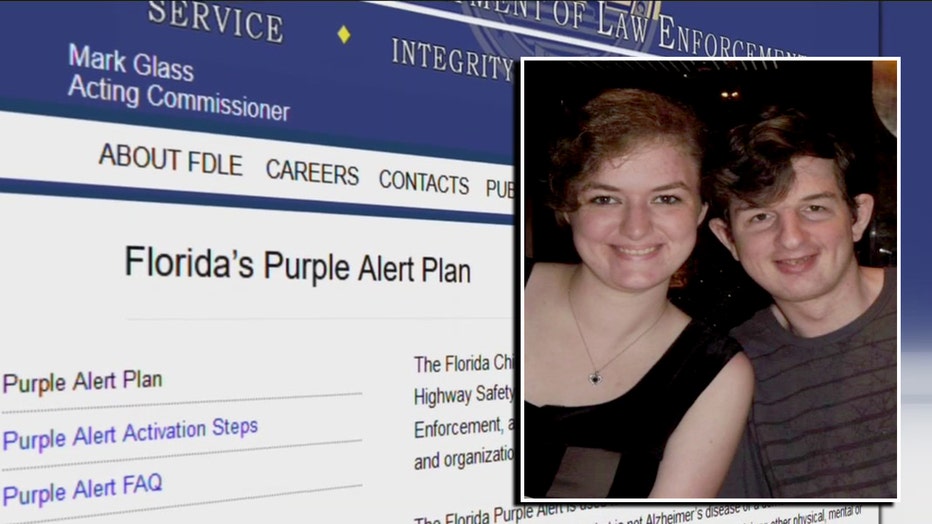 Josh Marshall's mom, Beverly, spearheaded the Purple Alert initiative after Josh, who was non-verbal, left the house and was found dead in a pond a time later.

"So many times, people could have interrupted and stepped up and said, hey, you know, this is the person that they're talking about on this alert. But there was no alert," Beverly said.

She fought to create Florida Purple Alerts, teaming up with Senator Lori Berman and Representative Joe Casello. It took three years, and it was signed into law in 2021 and finally, Friday, it launched.

The Purple Alert criteria are as follows: 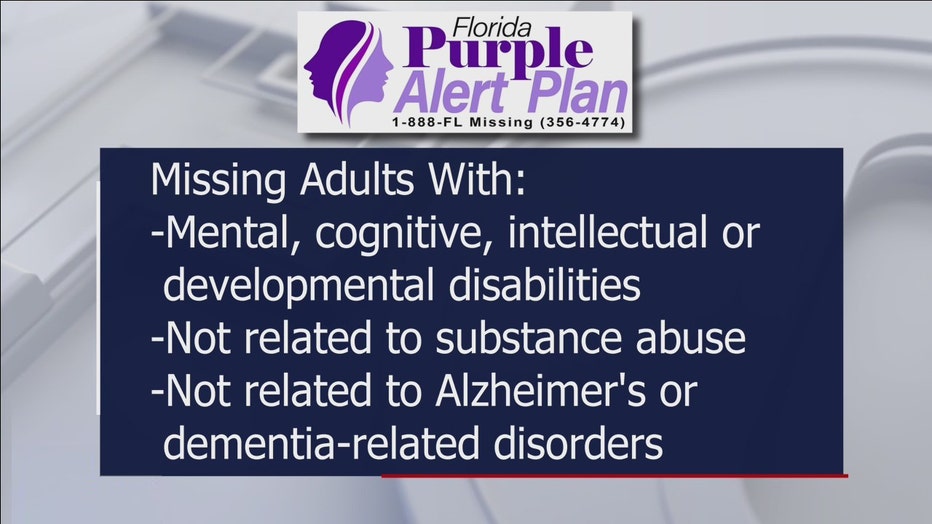 "That's kind of like bringing it home a little more, too, because I know how that feels when your loved one goes missing," Marshall said.

Beverly hopes her son's story helps this one –  and others – have a positive end.

"It's a great legacy for him, because it does represent the kind of person that he was," Marshall said. "You know, he was always helping. So, if we could help in a way, you know, we're there."