Before the game kicked off, Thunder Alley was buzzing with excitement. Fans were treated to a live show from performer Yung Gravy. Thunderbug also made an appearance, which thrilled the youngest of fans.

After fans were forced to watch last year‘s playoffs at home on their TV due to the pandemic, they told FOX 13 they’re happy to be back at Amalie.

"I think they can really do it this year. They have a lot of energy in them, a lot of great players. I think they’re going to do really great this year. I’m so excited to see them in person," said Jaden Waz, a Lightning fan.

Fans also said they’re excited for the chance to cheer the team on all the way to a repeat victory. 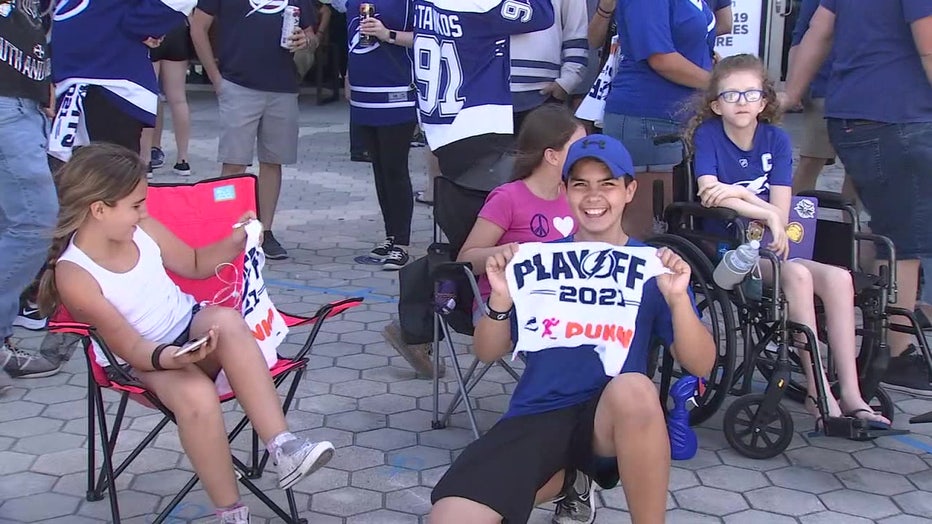 "I feel like we could repeat all over the place. The Bucs re-signing everybody, we’ve got such a seasoned team here. People don’t realize, five in the last seven years we’ve been in the Eastern Conference Finals. This is a phenomenal team and a great organization," said Bolts fan Vince Dinova.

The Bolts and the Panthers will face off again on Monday in Sunrise for game five of the series.