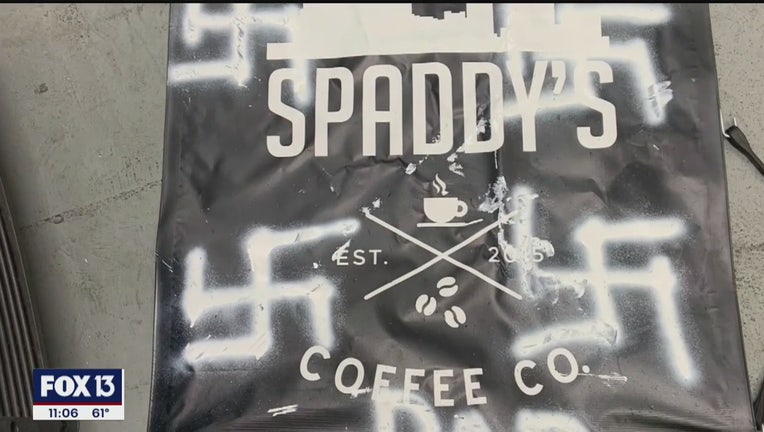 TAMPA, Fla. - The owner of a South Tampa coffee shop says his staff came to work Wednesday morning to find anti-Semitic graffiti painted on one of its signs.

Owners of Spaddy's Coffee on S. MacDill Avenue, at Interbay Boulevard, say someone spraypainted swastikas outside the business.

"This is what we were greeted with this morning," said co-owner Gian Carlos Birriel. "Nobody likes to see the worst symbol of hate ever created."

Spaddy's Coffee opened its new location only three months ago. Birriel says neither he nor his two co-owners are Jewish, but no matter, they consider this offensive to everyone.

"Hopefully it doesn't manifest itself into any sort of physical violence or any sort of property damage other than the spraypaint," he said. "We have had delightful people come in, people who appreciate us. They are happy we are here."

This comes after a year in which 1,900 anti-Semitic incidents were reported nationwide. The Anti-Defamation League said there were 76 such incidents in Florida, including seven in the Tampa Bay area. Studies say it's happening in America five times a day.

A protest was held in Sarasota earlier this month in opposition to the hateful sentiments.

In this case, Tampa police believe they know who did it.

The coffee shop has been faced with other spray-painted vandalism, but it's unclear whether it's related or why they've been targeted. 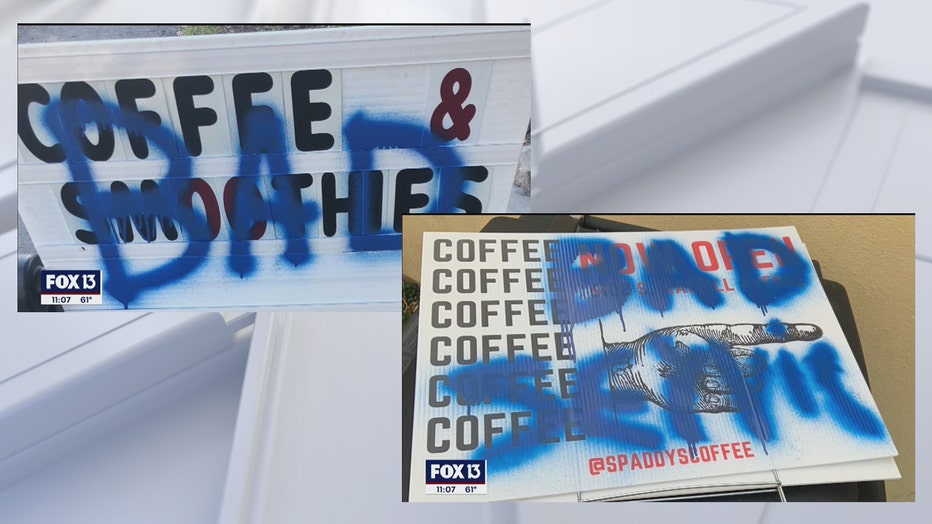 "A lot of people have reached out to kind of apologize for the community," said Birriel. "I know it is one or maybe a few bad apples. We are happy to be here. It's unfortunate stuff like this is happening."