No hate, no fear: Sarasota takes stand against anti-Semitism

She stood side-by-side with 400 in downtown Sarasota to say "no" to hate Wednesday, after incidents in Upstate New York, New York City, Jersey City, Florida, and beyond.

After a year in which 1,900 attacks were reported nationwide, including daily attacks during Hanukkah, Jewish leaders called for the rally against anti-Semitism. The Anti-Defamation League said there were 76 in Florida, seven in the Bay Area, and one in Sarasota.

It was just over a year ago hundreds gathered on Fruitville Road to mourn the Pittsburgh synagogue attack that killed 11.

"Who would have thought, seriously, a year later, that things would be worse?" asked one speaker at the rally. 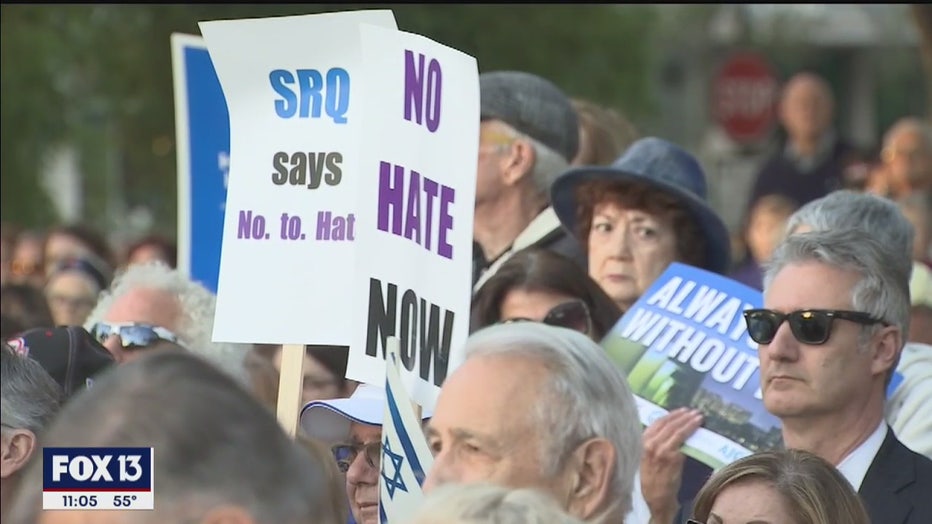 That's why the Jewish Federation of Sarasota-Manatee is hiring a security officer to examine every Jewish facility in the area for potential security flaws.

"I have kids and grandkids in various parts of the country," said Phil Ruffini of Venice. "I do not want them growing up with this crap anymore. I want them to grow up safe. Right now that is becoming an impossibility."

While Tampa Bay had seven attacks this year, Miami led the state with 16.