TAMPA, Fla. - On the shiny side of Water Street, The Edition Tampa will have five-star hotel rooms and residences, some selling for $8 million.

On the not-so-shiny side is the old Ardent flour mill that stood in the way of Water Street plans for years.

"When we were able to acquire the flour mill, it was many years in the works and they were able to acquire a site and they’ll be moving out late this year," said Jim Shimberg, of Strategic Property Partners, the developers of Water Street. "So this was a significant enough addition that we thought it was worth going through this process."

Shimberg’s comments came Monday at a virtual meeting of the Tampa Bay delegation of the Florida Legislature. The delegation then voted unanimously to expand the Water Street Improvement District by five acres, including the flour mill. When approved by the full legislature, it will expand the district to nearly 74 acres. 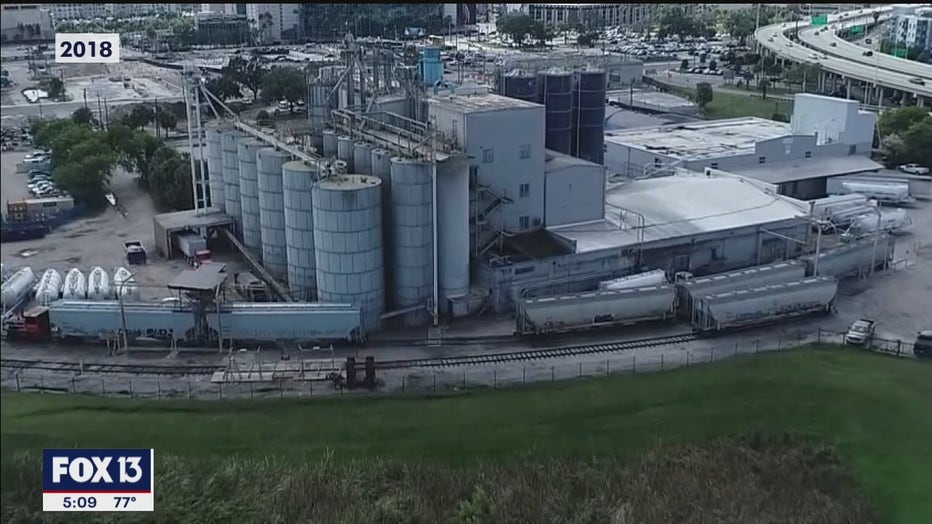 In the improvement district, commercial property owners can be assessed to pay for things like parks, transportation facilities and landscaping.

The city tried to forge a deal to move the hundred-year-old mill for decades. Strategic Property Partners, a partnership headed by Lightning owner Jeff Vinik and Bill Gates, finally bought it in 2018.

Ardent Mills will move to a new facility on land owned by Port Tampa Bay later this year.

Some of the sparkling parts of the project have come easier, but finally, a stubborn piece of the puzzle, the old flour mill, will officially become part of the Water Street District.