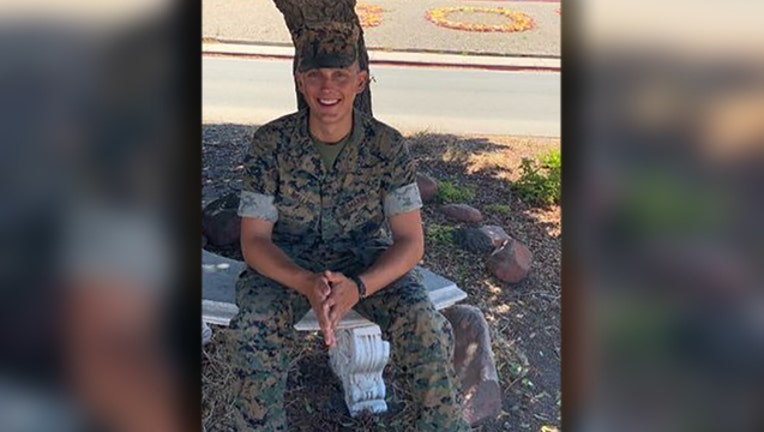 SURPRISE, Ariz. (AP) - An Arizona family is searching for a U.S. Marine who left for Camp Pendleton on Monday but never arrived at the base outside San Diego.

He loves the Marines, was recently promoted and was excited to get back to Pendleton after a three-day leave that took him home to the suburbs west of Phoenix and a camping trip.

"He got into several colleges and missed scholarship opportunities just so that he could be a Marine, because he felt it was his duty to serve his country," Wallace said.

Wallace said law enforcement officials told her that her son's phone was last pinged Monday night in Arizona. But a Border Patrol camera spotted his truck the next morning traveling eastbound on Interstate 10 near Fort Hancock, Texas, southeast of El Paso.

A Surprise police spokesman says officers took a report and have turned the matter over to the Naval Criminal Investigative Service.

"NCIS and our partners are working diligently to locate Lance Cpl. Wallace and bring him home safely," Kurt Thomas, special agent in charge of the NCIS Marine Corps West Field Office, said in a statement. He urged anyone with information on his whereabouts to contact the NCIS or local law enforcement.

Wallace is 6′3″ tall, about 205 pounds with brown hair and green eyes. He was driving a 2004 silver Ford Explorer Sport Trac pickup with Arizona license place CRF9682.

"Please be on the lookout," Stacy Wallace pleaded. "Every eye matters, every share, every vehicle check, every person matters in looking for him."