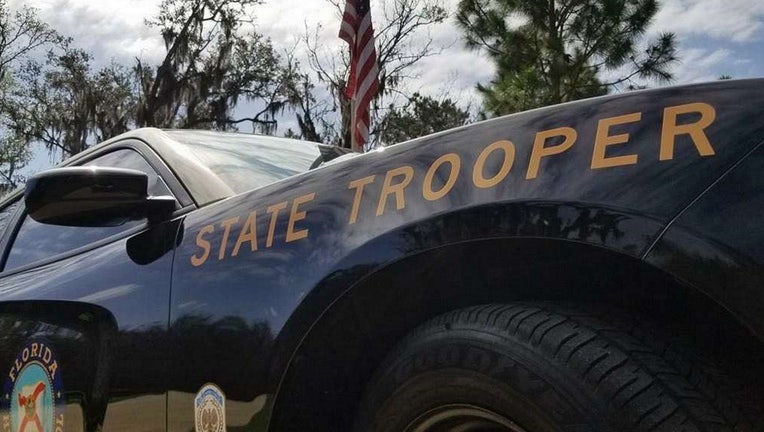 ALACHUA COUNTY, Fla. - A baby and four others from Lake City were seriously hurt after the SUV they were traveling crashed off Interstate 75 Monday afternoon, according to the Florida Highway Patrol.

Troopers said the 29-year-old driver was traveling south on I-75 near County Road 236 around 3 p.m., when she lost control of the vehicle after a tire blew, causing the vehicle to flip multiple times, ejecting the 7-month-old baby.

The baby girl – who FHP said was not in a car seat – the driver and the 11, 4 and 5-year-old passengers of the SUV were taken to Shands Hospital with serious injuries.

The driver was wearing a seat belt, according to a press release, but it's unclear whether the other three children were.

No other cars were involved in the crash.