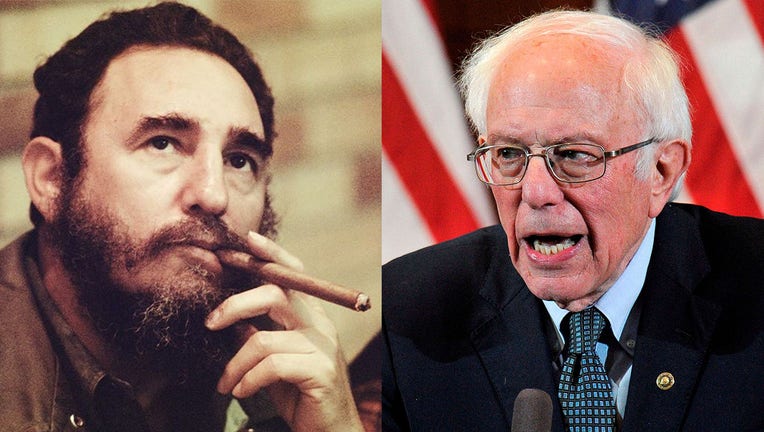 Sen. Bernie Sanders, the frontrunner for the Democrats' presidential nomination, doubled down on his support for some of Cuban dictator Fidel Castro's policies, saying in an interview that aired Sunday, "it's unfair to simply say everything is bad."

"We're very opposed to the authoritarian nature of Cuba but you know, it's unfair to simply say everything is bad. You know? When Fidel Castro came into office, you know what he did? He had a massive literacy program. Is that a bad thing? Even though Fidel Castro did it?" Sanders told Anderson Cooper.

Fidel Castro relinquished power to his brother, Raúl, in 2011 after nearly half a century in charge of the island nation; Fidel died in 2016.

Some Republicans jumped on Sanders' comments. "It really makes a difference when those you murder at the firing squad can read & write," Sen. Ted Cruz, R-Texas, tweeted.

In a resurfaced speech given at the University of Vermont in 1986, Sanders praised the socialist policies implemented in Cuba by the Castro regime and criticized bipartisan efforts in the U.S. to tamp down on Castro's spread of communism.

While Sanders said in the new interview he "condemns" any human rights violations Castro committed, he also took aim at President Trump for his unlikely friendships with some dictators or strongman leaders, including North Korea's Kim Jong Un and Russia's Vladimir Putin.

"I do not think that Kim Jong Un is a good friend," Sanders said. "I don't trade love letters with a murdering dictator. Vladimir Putin, not a great friend of mine."

Despite victories in all three of the earliest state contests, the Vermont senator has faced criticism from other party contenders, including billionaire Michael Bloomberg, who lambasted his socialist policies declaring they would never fare in a November matchup with Trump.

Sanders went on to define his brand of democratic socialism, which has tapped into a more progressive ideology that has been gaining traction with young voters across the country.

"When Donald Trump was a private businessman in New York, he got $800 million in tax breaks and subsidies to build luxury housing. That's called corporate socialism. What democratic socialism is about is saying, 'Let's use the federal government to protect the interests of working families,'" he explained.

Trump has used Sanders' policy initiatives, including "Medicare-for-all" and free college tuition and elimination of student loan debt, to take aim at the senator, even going so far as to label him a communist.

"You know what? We will fight back," Sanders said of these attacks. "This is what we will bring up... that the president of the United States is a pathological liar, and it is increasingly clear that many people just don't believe anything that he says. He is a fraud. I look forward to taking him on."

Fox News' Gregg Re contributed to this report.