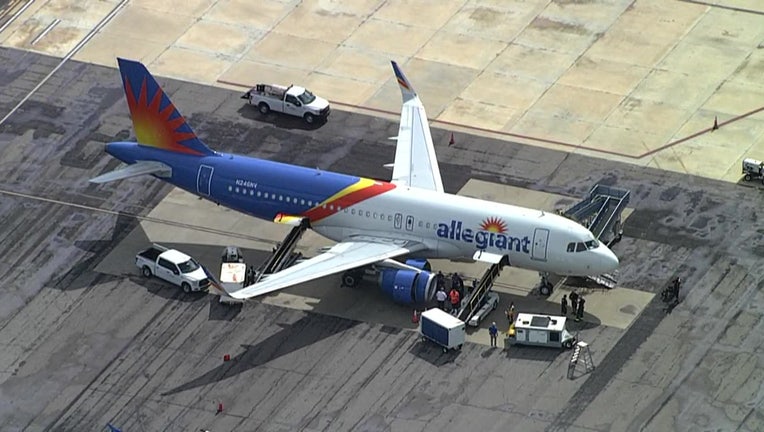 The view from SkyFOX shows Allegiant Flight #994 after it safely landed at St. Pete-Clearwater Airport.

ST. PETERSBURG, Fla. - Shortly after taking off from the St. Pete-Clearwater Airport, passengers had to return to the airport after a bird struck the plane's engine.

Allegiant Air officials told FOX 13 that Flight 994 departed at 9:03 a.m. Wednesday when the flight experienced a bird strike to one of its engines. The flight was heading to Plattsburg, New York.

A spokesperson from PIE said the plane landed safely back at the airport. Passengers were deplaned.

Another aircraft will be used to carry the passengers to their final destination in New York, according to Allegiant. 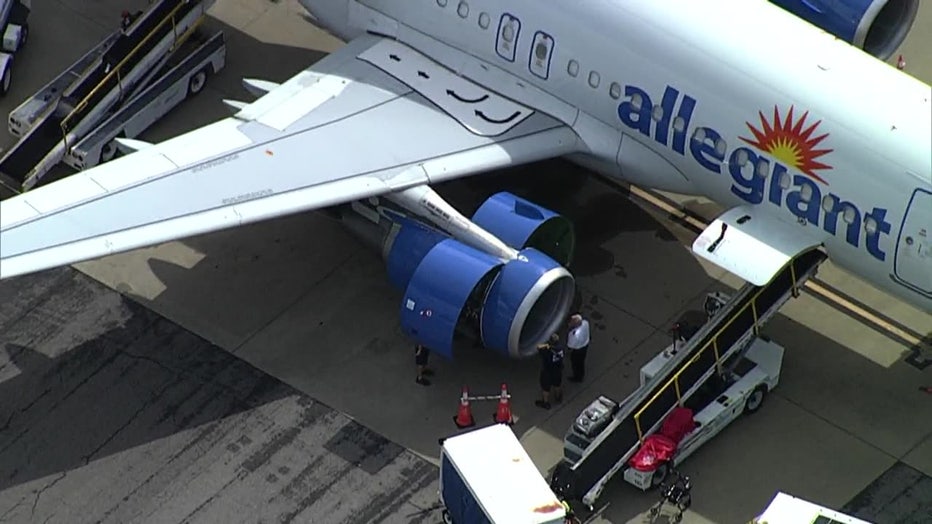 Workers were seen inspecting the plane following the emergency landing.