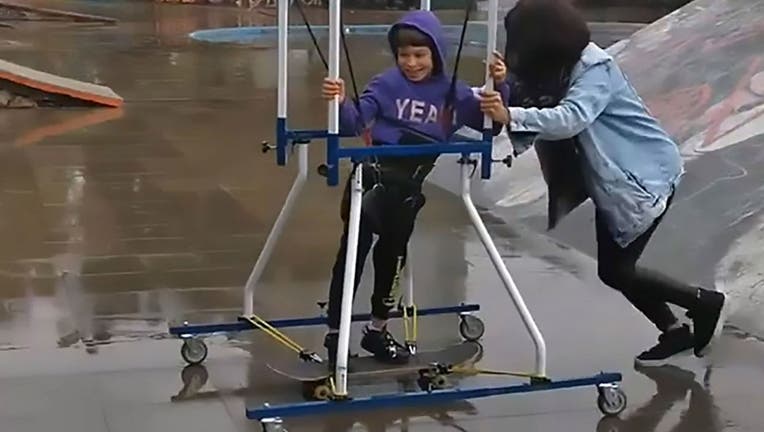 His mom helped push him around the park and up and down the ramps. (CEN)

A 7-year-old with cerebral palsy recently showed off some gnarly moves at his local skate park in Brazil, thanks in part to a group that helps kids with disabilities learn how to skateboard.

Joao Vicente, who suffered a stroke at 20 months old, was strapped into a frame on top of a modified skateboard that was then pushed around by his mom, Laura Costa Patron.

“My son is a kid full of kindness, wishes and dreams and one of them, for a long time, has been to go skateboarding,” she said, according to CEN. “For kids with cerebral palsy or any kind of disability, having dreams and wishes is not allowed. The world is always saying no.” 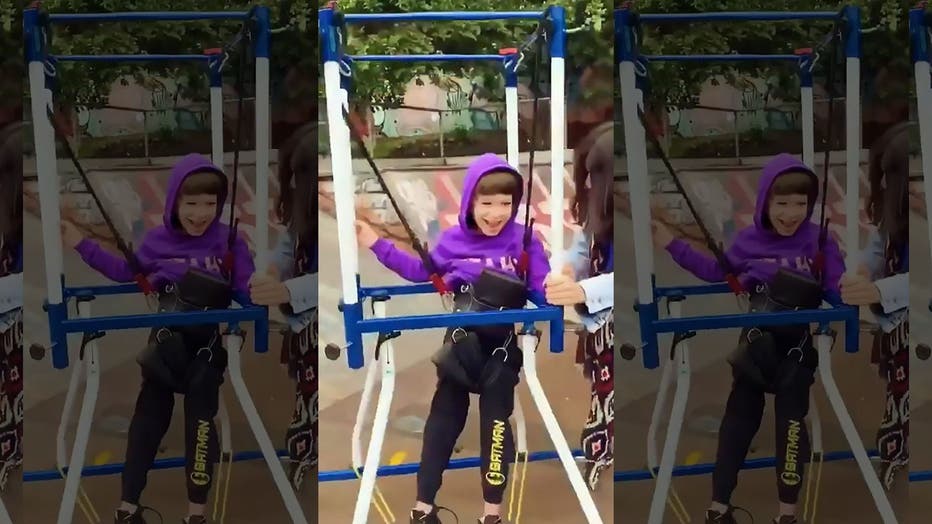 Joao was gifted the modified skateboard by Skate Anima. (CEN)

Footage of the special first ride shows Joao beaming while his mom pushes him up and down ramps while strapped into his skateboard, which was created by Skate Anima.

“Those guys love skating and thought it was more than fair that all children have the chance to love skating, too,” Patron said, of the group’s creators, Daniel Paniagua and Stevan Pinto.

The idea for the model Joao was given came from a Brazilian professional skateboarder Ricardo Porva, whose daughter uses a walker. Pinto said they decided to open it up to children who wanted to skate after a patient in physical therapy asked if he could skateboard during a session.

“We attend all kinds of disabilities -- autism, Down syndrome, cerebral palsy. We are open to all kinds of people,” Paniagua, a therapist, said, according to CEN.