Fans and media gathered outside the courthouse in Los Angeles, ahead of pop star Britney Spears' hearing regarding her ongoing conservatorship.

LOS ANGELES - Britney Spears' younger sister, Jamie Lynn Spears, has broken her silence after the singer publicly spoke out against her conservatorship in a Los Angeles court last week.

Jamie Lynn, 30, is supporting her older sibling after Britney made stunning claims during her remarks to the judge including calling the conservatorship "abusive" and said it's left her "traumatized" and "depressed."

The pop star, 39, also said she's blocked from getting married and removing her contraceptive in order to have more kids.

"I just want to take a second to address a few things," Jamie Lynn said Monday in her Instagram Stories. "The only reason I hadn't before is because I felt like until my sister was able to speak for herself and say what she felt she needed to say publicly that it wasn't my place and it wasn't the right thing to do. But now that she's very clearly spoken and said what she needed to say, I feel like I can follow her lead and say what I feeI I need to say." 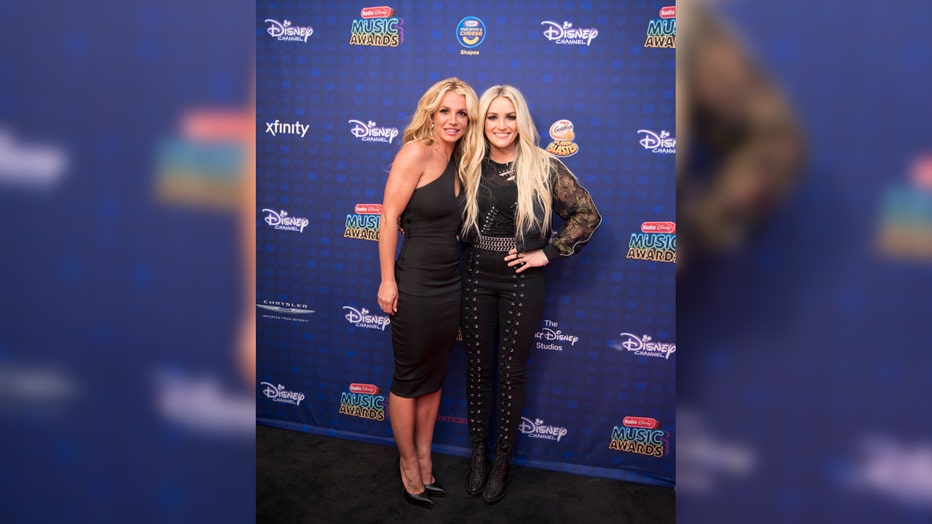 RELATED: Britney Spears tells audience she has 102-degree fever during concert in 2018

"Since the day I was born, I've only loved adored and supported my sister. I mean this is my freaking big sister, before any of this bulls-. I don't care if she wants to run away to a rainforest and have zillion babies in the middle of nowhere, or if she wants to come back and dominate the world the way she has done so many times before, because I have nothing to gain or lose either way," she continued. "This situation does not affect me either way, because I'm only her sister who's only concerned about her happiness."

Jamie Lynn also clarified that she's "not" speaking for her family. "I'm my own person. And I'm speaking for myself," she said.

"Maybe I didn't support the way the public would like me to with a hashtag on a public platform but I can assure you that I support my sister long before there was a hashtag and I'll support her long after," she said in reference to the #FreeBritney movement online.

The "Zoey 101" alum commended her sister for "using her voice"

RELATED: Inside look at the Britney Spears conservatory hearing

"I'm so proud of her for requesting new counsel like I told her many years ago - oh, not in a public platform but just in a personal conversation between two sisters," she said.

Jamie Lynn ended the video by saying she supports Britney in all her future choices.

"If ending the conservatorship and flying to Mars or whatever the hell else she wants to do to be happy, I support that 100% because I support my sister; I love my sister. Always have, always will. As long as she's happy. So let's keep praying. That's all," she concluded.

The 'Toxic' singer was first placed under conservatorship in 2008 and expressed her desire to have it end on June 23.

During her speech, Britney alleged that her father, Jamie Spears, "loved" the control he held over her as her conservator.

"I want changes and I want changes going forward," she said. The star went on to note that she doesn’t want to be evaluated to determine if she has regained her mental capacity.

"I just want my life back," she said. "All I want is to own my money and for my boyfriend to be able to drive me in his car. I want to sue my family."

"I am not happy, I can’t sleep. I’m so angry, it’s insane. And I’m depressed. My dad and anyone involved in this conservatorship, including my management … they should be in jail."