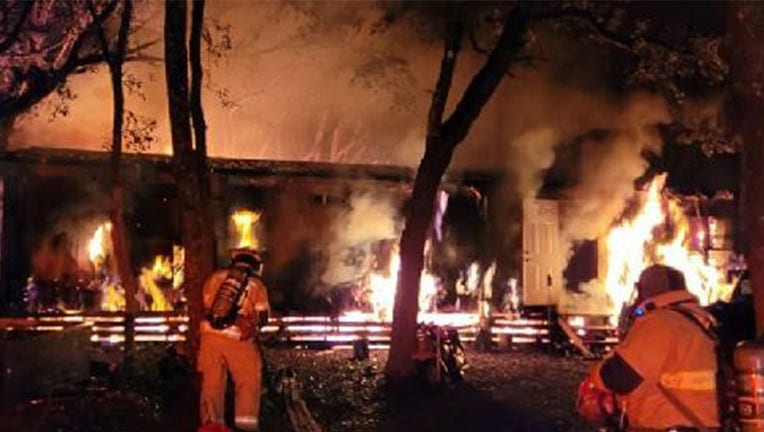 BROOKSVILLE, Fla. - A Brooksville man and his dog escaped a house fire early Monday morning, but only after the pup woke him up.

Hernando County and Brooksville firefighters arrived at the home, located in the 6000 block of California Street, around 4:25 a.m.

When they arrived, they said there were heavy smoke and flames rising from the manufactured home.

Officials said the homeowner's dog woke up him, allowing both to escape without any injuries. 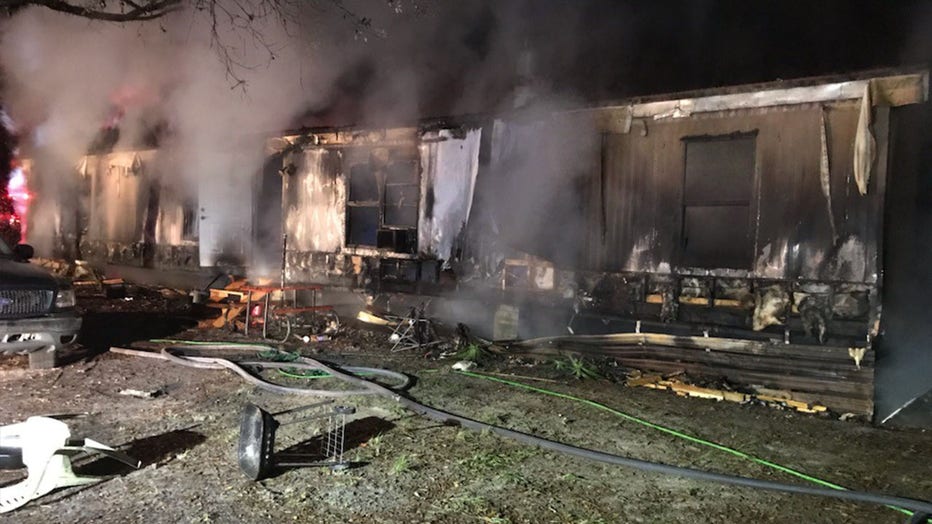 By 5:15 a.m., officials said the fire was under control and caused severe damage, resulting in a total loss.

According to the Hernando County Fire and Emergency Services, the owner said he had afire in the fireplace and believed a log rolled out, igniting the floor of the home. Fire crews said the origin and cause of the fire appear to be consistent with what the owner told them.