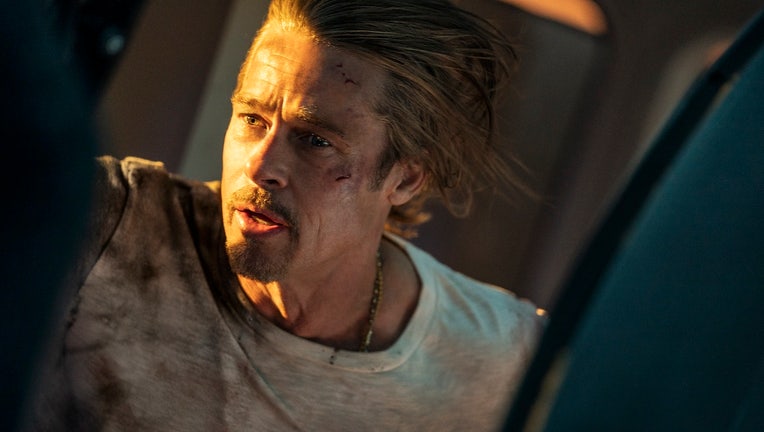 Chicago - Here’s a prototypical scene in the new action comedy "Bullet Train": Two quirky, eccentrically dressed strangers cross paths, exchange a quip, then jump into a brutal fight set to an incongruously upbeat pop song. Their bloody R-rated violence is counterbalanced by some funny, creative prop work. One of the combatants unexpectedly dies, while the other shakes himself off and undercuts the preceding savagery with a deadpan remark: "Well that was weird" or "Who was that guy?" or maybe "Damn, I got blood on my suit."

It’s the sort of cinematic sequence that feels fun and original the first time you see it and a bit exhausting by the seventh or eighth. And boy, oh boy, is it everywhere these days — from Netflix projects like "The Umbrella Academy" and "Gunpowder Milkshake" to blockbusters like the "Kingsman" franchise and, to some extent, even this year’s inventive "Everything Everywhere All At Once."

WATCH FREE ON TUBI: The zombie thrills of "Train to Busan" — get the app

The formula is essentially one part Quentin Tarantino, one part Guy Ritchie and one part Edgar Wright, with a sprinkling of Shane Black irreverence and a dash of Bong Joon-Ho absurdism. And if that particular cocktail appeals, you’ll likely have the ride of your life with "Bullet Train," which pushes the "comedy" half of the action-comedy formula to its limit — a big swing adaptation choice from Kōtarō Isaka’s more hardboiled 2010 novel.

But the thing about these bloodily irreverent projects is that they often feature a certain smugness; like they’re getting away with something subversive instead of just leaning into an increasingly popular formula. And if that particular sense of gloating self-satisfaction annoys, then it’s best to avoid "Bullet Train" like the subway at rush hour.

About "Bullet Train": A wild ride 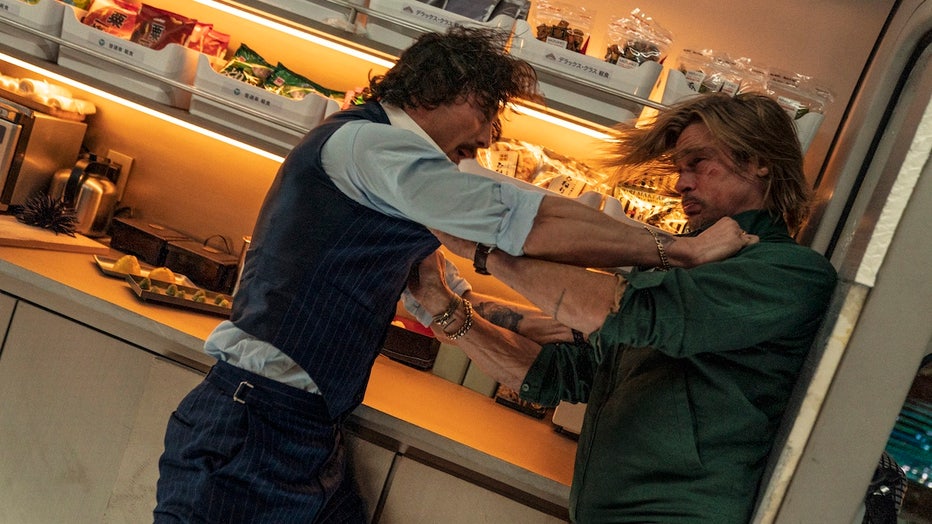 Helmed by "Atomic Blonde" and "Deadpool 2" director David Leitch, "Bullet Train" features an international cast led by Brad Pitt as lethal but laid-back underworld operative "Ladybug." Ladybug’s latest assignment is an easy one: Board a bullet train heading from Tokyo to Kyoto and nab a briefcase. But when it turns out the train is filled with his old adversaries — not to mention a host of other people who want the briefcase for their own ends — his simple mission suddenly starts to feel a whole lot more impossible.

Pitt expertly harnesses his movie star charisma into a disheveled, existential hitman who spends his time between fights (and sometimes during them) quoting his therapist and worrying about his bad luck. Placing such a zen character in such a high stakes situation is a fun idea, and Ladybug’s dislike of guns allows Leitch to lean into set-pieces that do more than just recreate the gunplay of the "John Wick" franchise he helped create with Chad Stahelski. (Expect knives, swords, luggage, water bottles and smart toilets in the fray instead.)

Still, it’s hard not to feel like Ladybug’s breezy shtick might’ve worked better in a supporting role, especially when the movie has two even more compelling characters on its margins: British hitmen and "twins" Lemon (Brian Tyree Henry) and Tangerine (Aaron Taylor-Johnson), who feel like they’ve stepped right out of a particularly demented Ritchie film. The two actors have an absolute blast hamming it up with their East End accents and charmingly sadistic ways. And Taylor-Johnson, in particular, is better used here than he has been in 90 percent of his Hollywood career so far. 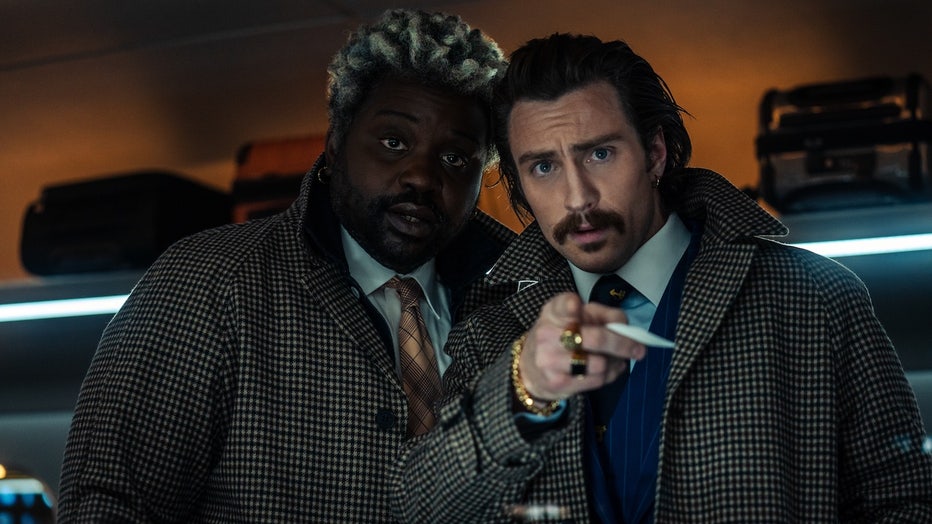 The fact that Lemon and Tangerine actually care about each other helps give this cynical little film at least some sort of emotional core. And for a while, at least, the mix of style, action and madcap comedy is enough to keep "Bullet Train" chugging along as an enjoyable romp.

The trouble comes in the third act as the action ramps up but the cleverness slows down, leaving more room for viewers to contemplate how strangely this film treats its women characters (Joey King’s psychopathic school girl is in the only main female player) and how few Japanese characters appear in a film set entirely in Japan. (The great Hiroyuki Sanada is criminally underused.)

It doesn’t help that the originality of the small-quarters action set-pieces eventually gives way to a climax filled with over-the-top CG that feels disappointingly generic in comparison. Though the film only runs a little over two hours, a seemingly never-ending parade of twists, reveals and cameos makes it feel much, much longer than that.

In aiming to create a sense of non-stop comedic chaos, "Bullet Train" winds up feeling a little too calculated for its own good. It makes it to the station, but the ride is a bumpy one.

Make it a double feature with "Snowpiercer," streaming free on Tubi

"Snowpiercer" is streaming free on Tubi — get the app

How to watch "Bullet Train"

"Bullet Train" rolls into theaters nationwide on Aug. 5. It is not currently available to stream.