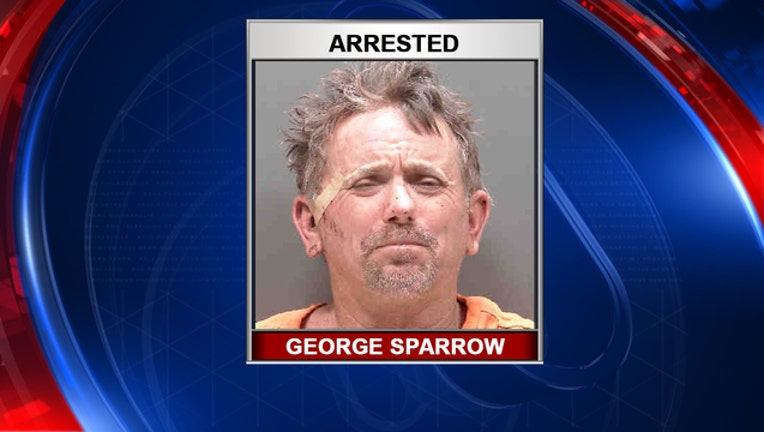 SARASOTA, Fla. - A Sarasota man is accused of carjacking a woman's car, then crashing it after a pursuit.

The carjacking occurred in the 6300 block of North Lockwood Ridge Road in Sarasota just after 7 p.m. Tuesday. According to the victim, deputies were told she was forced into her vehicle by the suspect, who was armed with a gun.

The victim drove the suspect, later identified as 52-year-old George Sparrow, to a nearby parking lot and stole her credit cards, cell phone, and her 2006 Cadillac sedan. Detectives later learned her credit card was used at a Walmart a "minutes" after the carjacking, they said.

A short time after that, the card was used at a nearby gas station, detectives said. Surveillance video helped them identify the suspect as Sparrow.

On Wednesday around 3:30 p.m, Sarasota police officers spotted Sparrow and the stolen vehicle near Tamiami Trail and 42nd Street. They said when they approached him, he fled in the Cadillac and crashed into another vehicle. Sparrow was taken to a nearby hospital, and the other driver was OK, deputies said.

Sparrow was taken into custody and faces several charges including kidnapping, armed carjacking and grand theft.