CLEARWATER, Fla. - Two people had to be treated by paramedics Sunday afternoon after jumping from a burning boat, according to Clearwater Fire and Rescue.

CFR says the boat caught fire on Tampa Bay near the Grand Venezia at US 19 and Belleair Road.

Video shot by a FOX 13 videographer shows several boats and jet skis near the burning boat and as smoke billowed from it. 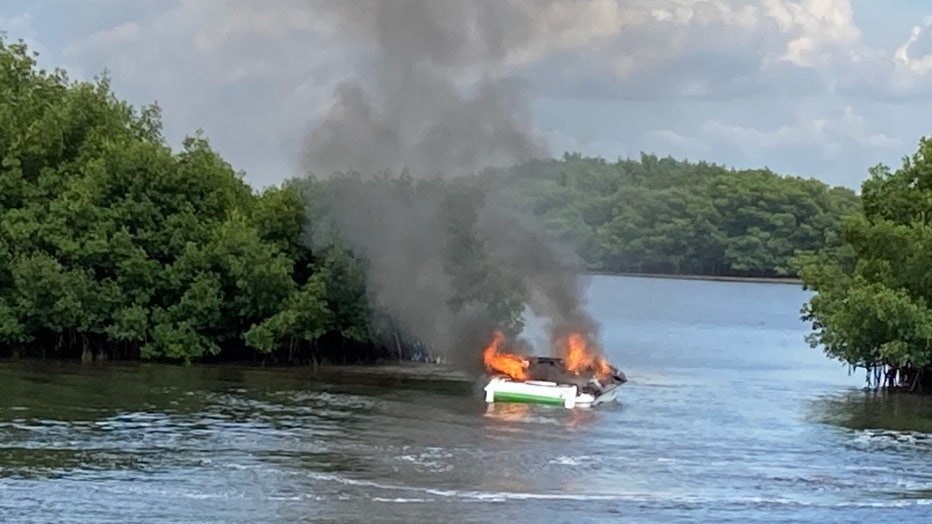