TAMPA, Fla. - Civil rights groups are urging Tampa’s leaders to make changes to the police department's citizens review board. The issue is pitting the city council against Mayor Jane Castor.

Last week, council members approved moving forward with a plan to change the makeup of the CRB. If the proposal receives final approval, the council will appoint seven members of the 11-member board.

Mayor Castor would appoint three members, and the NAACP would choose the 11th.

Castor wanted an even five-five split between her office and the city council. 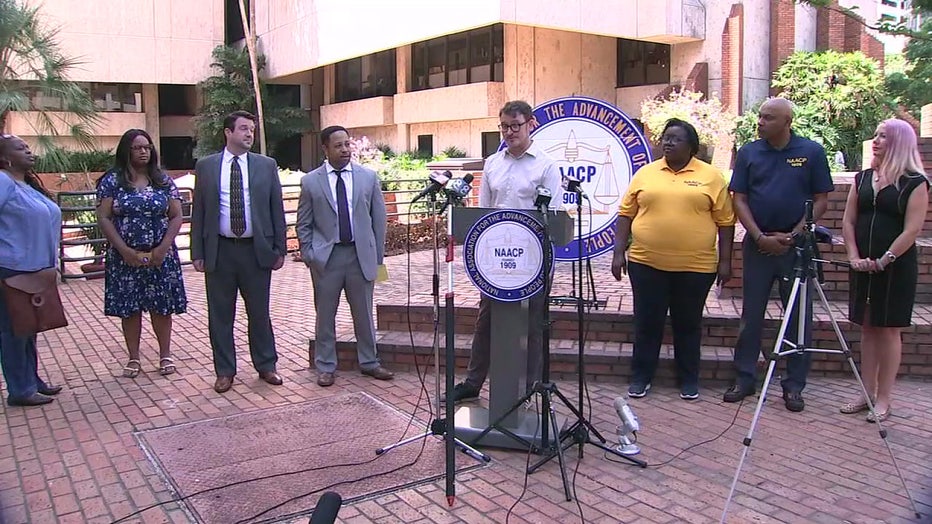 The CRB was established in 2015 following accusations that TPD targeted black bicyclists while Castor was police chief. But since then, the group has been accused of being "toothless," with no real ability to oversee the police department.

Some community activists believed this might be a way to give, in their view, "average citizens" more oversight of the CRB.

"We feel that it's not about transparency or accountability as they speak, but rather it's about control. And it should not be a CRB of the mayor or anybody in particular, but for the people," offered Julius Adams with the ACLU.

"I feel that the CRB is very strong and that the Tampa Police Department is a wide-open book. They want as much oversight; they want the community to be involved and they've invited everyone in. So I’m not sure where the sticking points are at," Mayor Castor countered.

Last week, Chief Brian Dugan discussed the changes the department has made in the last year, including banning chokeholds and requiring de-escalation and warnings before shooting.

The chief believes he and his department have been exceedingly transparent, and the mayor agrees. But the civil rights groups want more say in how the department is run.

Unless the city council reverses course, it appears these changes will go into effect.

The council will take a final vote on June 17.