Members of Clearwater Fire Rescue took their truck to a 10-year-old boy who is re-learning to walk and was befriended by a firefighter while undergoing physical therapy.

Dylan, who has a severe arthritic condition and orthopedic issues, peppered Lt. Kellin with questions about his job while watching him work out in his firefighter gear.

On Thursday, Lt. Kellin decided to surprise Dylan with a visit from the crew of Engine 48. He beamed when the team stopped by CORA Physical Therapy.

They gave him a hat and a fire helmet, showed him Engine 48, and let him sit in the front passenger seat and try out some of the gadgets.

"It definitely brightened his day," said his mother, Bonnie Capen. "He can’t stop talking about it. He was really excited." 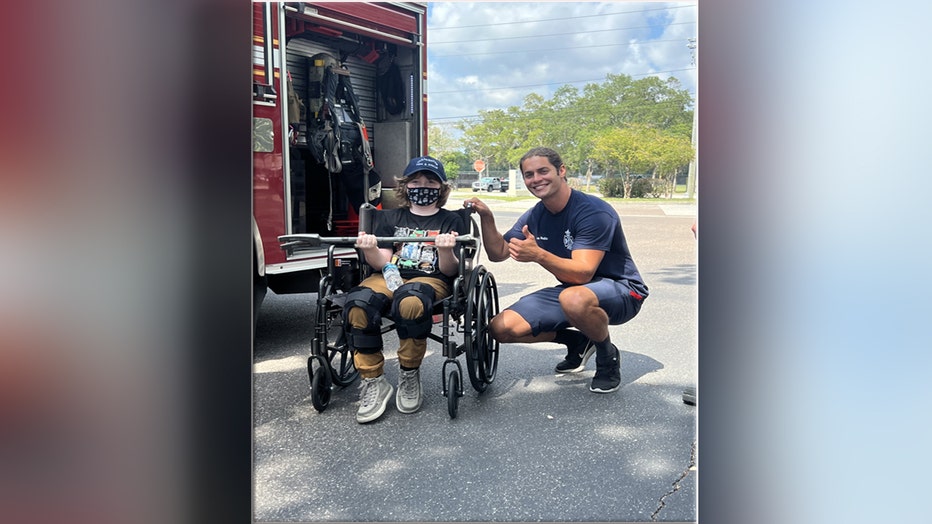 Capen was surprised by how quickly Dylan wheeled around the apparatus to learn all about it.

"I didn’t know the kid could push that fast," she said. "I was like ‘Wow.’ You can go that fast if you really want to."

Dylan told the lieutenant he hopes to convert his wheelchair into a fire truck.