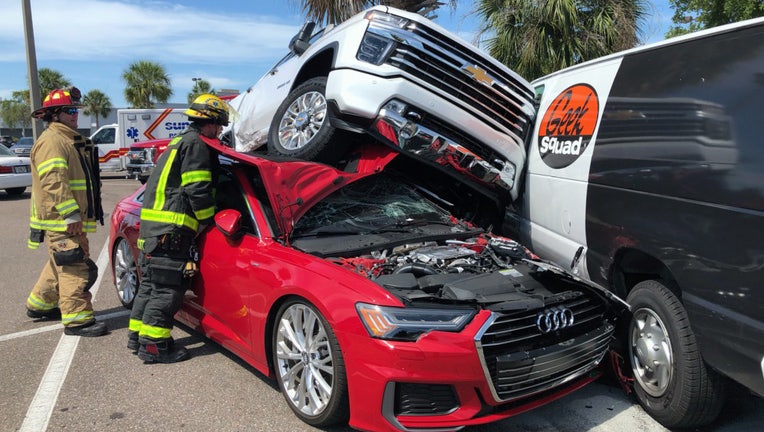 CLEARWATER, Fla. - A Clearwater driver lost control of his or her car Tuesday afternoon and wound up plowing into a parked truck with such force that the car lifted the truck off the ground.

According to police, the scene of the crash was in the Best Buy store parking lot at U.S. 19 and Drew Street. Without providing more details, they said the driver of a red Audi lost control and slammed into a white Chevy pickup sitting in a parking spot.

Both vehicles then hit a nearby ‘Geek Squad’ van.

"Here's something you don't see every day," police quipped in a tweet about the incident.

The Audi appeared badly damaged in photos shared by police, but they did not immediately have any information about the driver’s identity or condition. 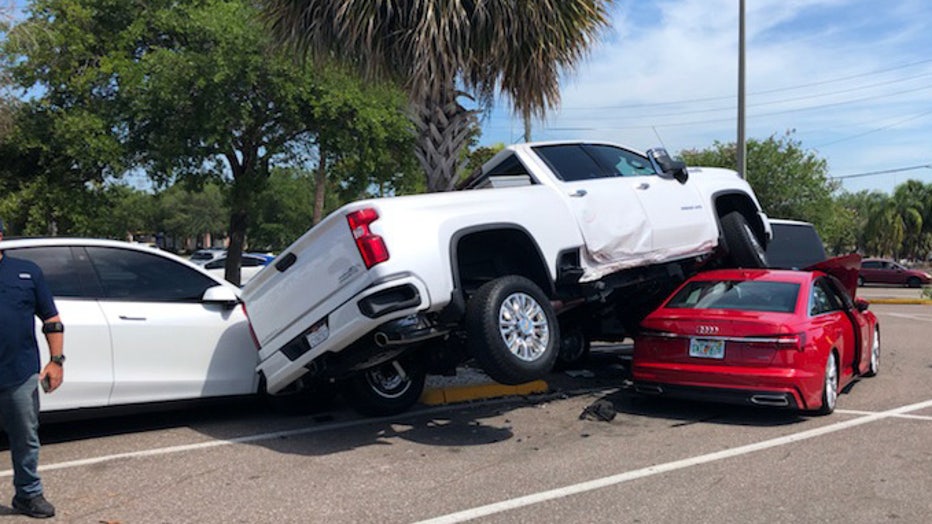 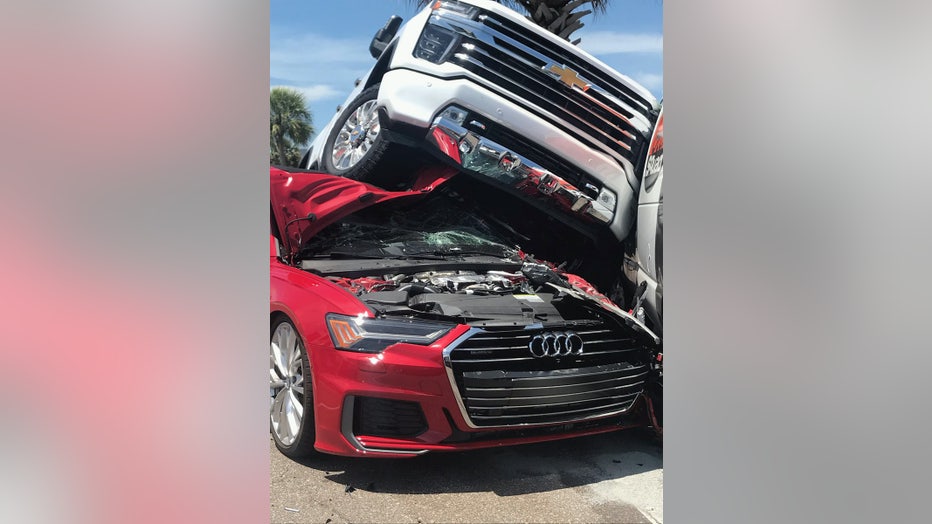