The people have spoken: Pepsi will be dropping its hot chocolate-flavored Cocoa Cola in 2021.

Pepsi plans to make saying goodbye to 2020 "even sweeter" by releasing a hot cocoa-flavored soda. Yes, you read that correctly.

Pepsi posted a tweet on Dec. 17 announcing its newest product: Pepsi "Cocoa" Cola, which seemed to be a slight jab at its major beverage competitor, Coca Cola.

"What’s sweeter than saying ‘bye’ to the worst year ever? Pepsi ‘Cocoa’ Cola - the latest concept from the Pepsi Test Kitchen. Want to try and get your hands on it? 2,021 RTs and we’ll make a batch," the tweet read.

The company indicated that if its post got at least 2,021 retweets, it would create a batch of hot cocoa-flavored Pepsi for consumers.

The post, as of Dec. 18, had garnered over 4,100 retweets. Pepsi replied to its original Twitter thread, saying, "Well, it looks like you’re all pretty thirsty for some Pepsi ‘Cocoa’ Cola. Stay tuned for details coming in 2021!"

While it was not clear when its new beverage would drop, it’s safe to say it will likely be some time in the coming year. 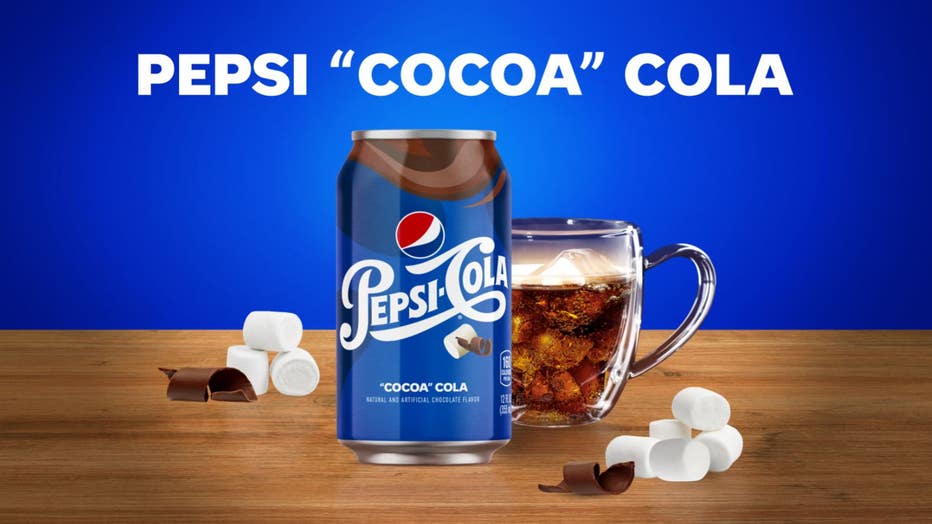 Despite the odd flavor choice for a carbonated beverage, people expressed their excitement for the newest Pepsi product release.

This is not the first time Pepsi has gotten creative with its flavors during the holidays. For Thanksgiving this year, in addition to debuting its new liter bottle design, Pepsi released an apple pie-flavored carbonated drink.

Consumers could only get their hands on an apple pie Pepsi by submitting a photo or video of a baking "fail" using the hashtag #PepsiApplePieChallenge on social media.

FOX Business contributed to this report.