TARPON SPRINGS, Fla. - A Tarpon Springs family is getting ready for the holidays without the woman they call their ‘ray of sunshine’ after a backyard firepit accident.

Nicole Foltz, a mother of five, died in November in a firepit tragedy that also injured her son.

"Accidents do happen, and they can ruin your life," her husband Jeffrey Foltz stated.

On November 14, Nicole and Jeffrey Foltz had a fire going in the backyard as they hung out with their children and friends. 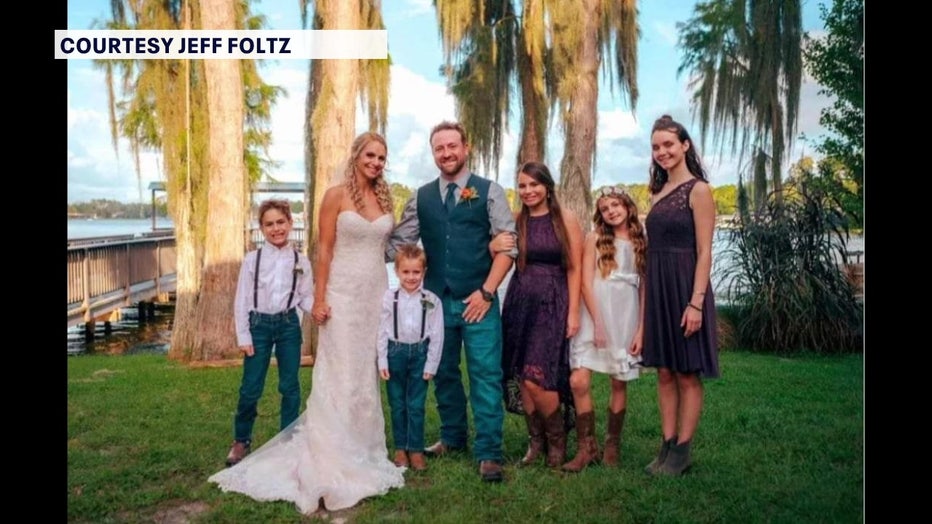 Nicole Foltz along with her children and husband.

"She always put a smile on everyone’s face," Ania Bozena, owner of Tarpon Tavern, said. "She absolutely loved her work where everybody adored her not just for her hard work, but also personality and friendship," she said. "She was a devoted wife to her amazing husband Jeff. But most of all, she was a great mother who always put her family first. Here at Tarpon Tavern and our sister restaurant The Bistro which is located next door, we miss her terribly."

Jeffrey Foltz says the accident happened when the fire fizzled out and his wife tried to reignite it.

"I had just gone inside and to my knowledge, she decided to try to keep the fire going, keep the fun going, and she put another log on it and there wasn’t much flame at all. But, she just, I guess felt to pour a little gas on it, and it would reignite, and it did. I guess it must’ve traveled the gas stream up to the gas can, and it exploded in her hands," he explained.

The explosion hit Nicole Foltz and their son. They were both taken to Tampa General Hospital. 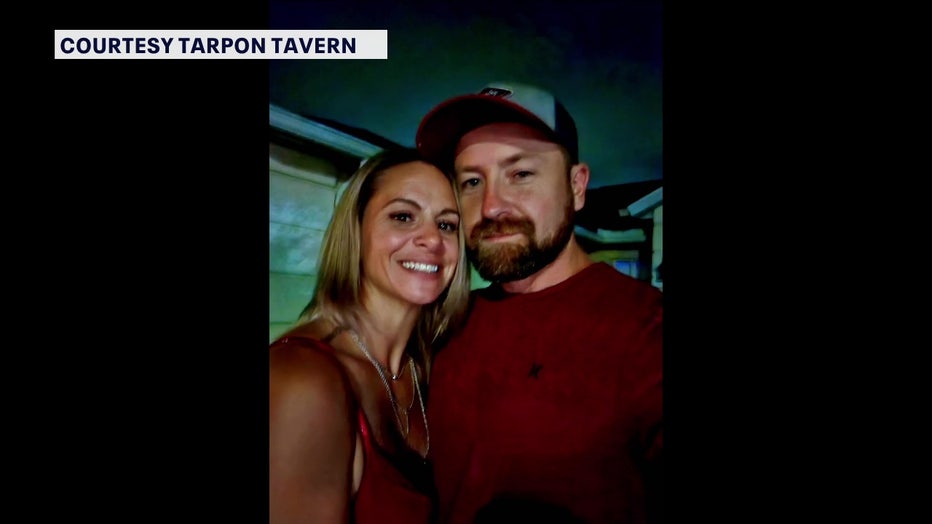 Foltz says his wife suffered burns to 95 percent of her body and his son has second-degree burns to close to 40 percent of his body.

Their son spent 12 days in the hospital and recently returned home. 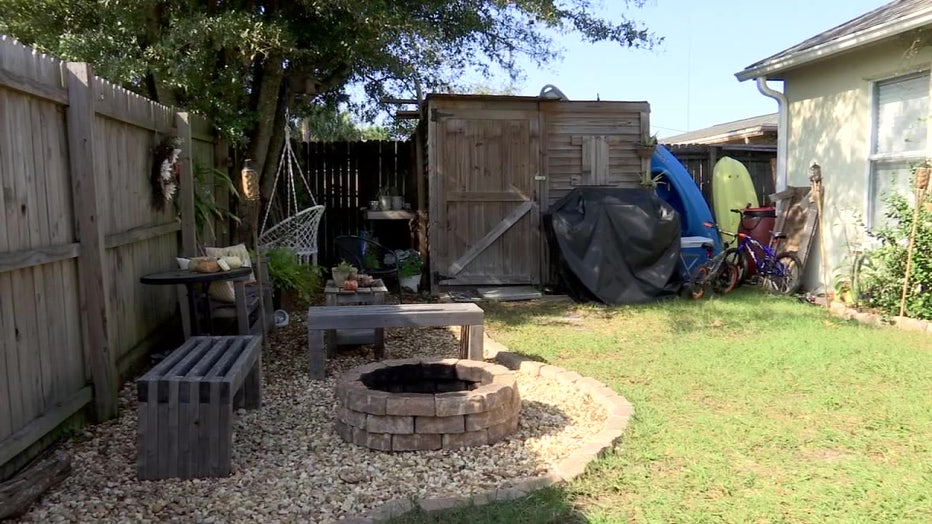 The Foltz family plans to turn the firepit into a birdbath that Nicole always wanted.

"He’s staying pretty strong. I’m sure the whole crew there was really surprised to hear that two days after we got home he was walking," Jeffrey Foltz said.

He says the support from the community has been overwhelming.

"She touched people in ways that I can’t even grasp," he shared. 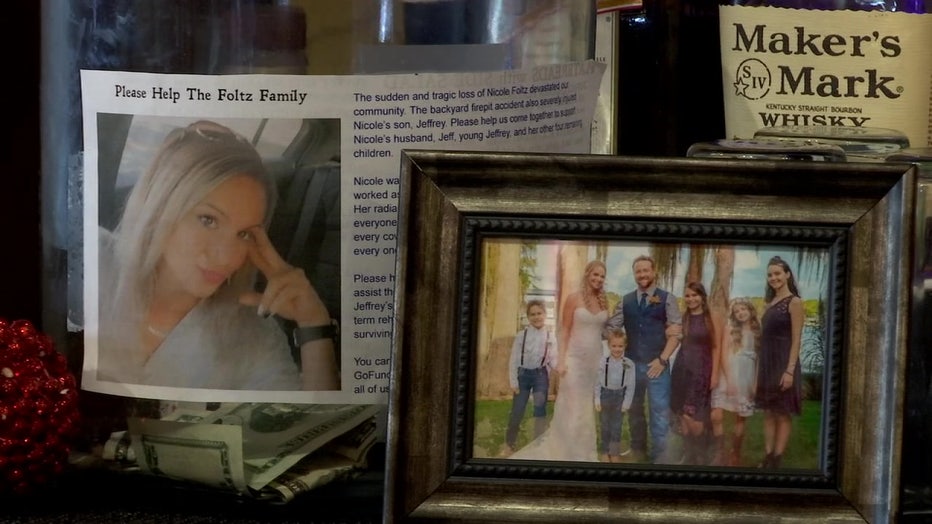 Nicole's co-workers at the Tarpon Tavern created a fundraiser for the family.

Nicole Foltz’s co-workers at Tarpon Tavern, where she was a manager and a server, started a fundraiser for the Foltz family and raised $26,000.

Foltz says they’re going to turn the fire pit into a bird bath, which is something Nicole always wanted for their backyard.

For more information on firepit safety, head over to the National Fire Protection Association's website.