BRADENTON, Fla. - At her home in Bradenton, Kimberly Weaver holds tight to memories of her son Army Specialist Nicholas Panipinto. The 20-year-old died from injuries following a training accident on November 6, 2019 in South Korea.

"He just always wanted to be on the front line," said Weaver.

Panipinto was driving a M2A3 Bradley Fighting Vehicle when it overturned during a road test at Camp Humphreys.

"Every day has been unbearable," said Weaver.

PREVIOUS: Flags fly from Tampa to Bradenton for hero gone too soon 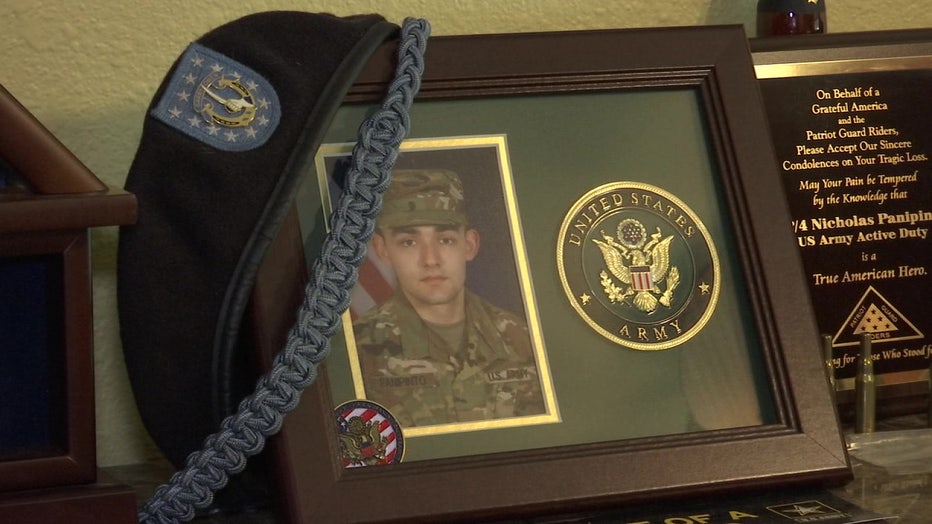 Weaver channeled her grief into action as she worked to find out what happened.

"I was just digging every day. There were a lot of things that they said that didn’t make sense with information that I had," she said.

Her answers came in the form of an Army investigation report called an AR-15-16.

"Now it’s in black and white," she continued.

The investigation noted safety and training failures including malfunctions of the vehicle's communication system. It referenced sworn testimony from Panipinto's unit master driver, who went on to state, "When I took over the program, there was nothing. I had no paperwork for any soldiers with licenses; their unit's driver training program was ‘nonexistent.’”

“When you are going to be trained to drive a 27-ton tank vehicle, he didn’t receive all of the training and all of the training is only a 40-hour block of time. You have three classroom days and two days of a driver training with an instructor and that's just so minimal," said Weaver. 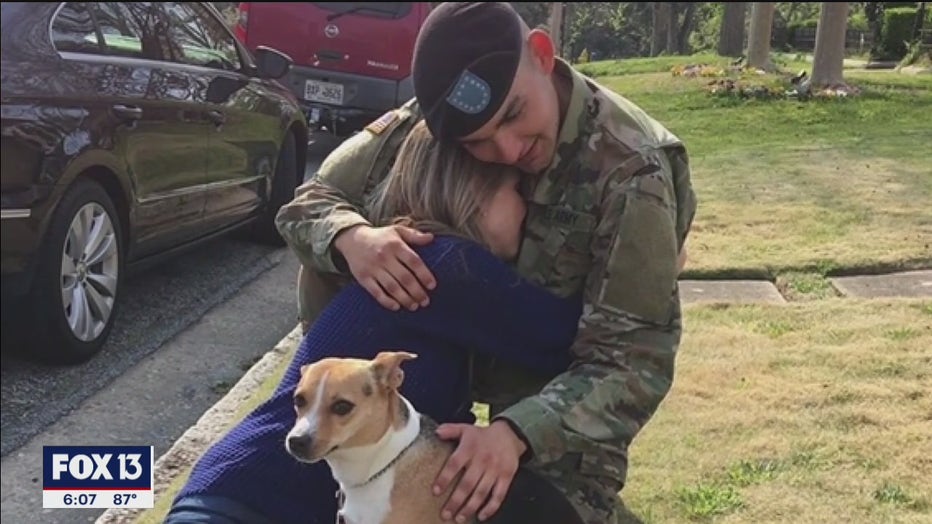 On top of vehicle errors, 80 minutes passed before Panipinto was airlifted to a civilian hospital. He arrived two hours after the accident.

The base with more than 42,000 service members didn't have one on-site at the time.

"There are so many things, in my opinion. It’s not an accident when there’s five or six things that contributed to his death," said Weaver.

In 2017, four times as many service members died in training accidents than died in action.

Congressman Vern Buchanan is working with Weaver.  He sent a letter to the Defense Department and leaders of Congress to reform military training procedures. 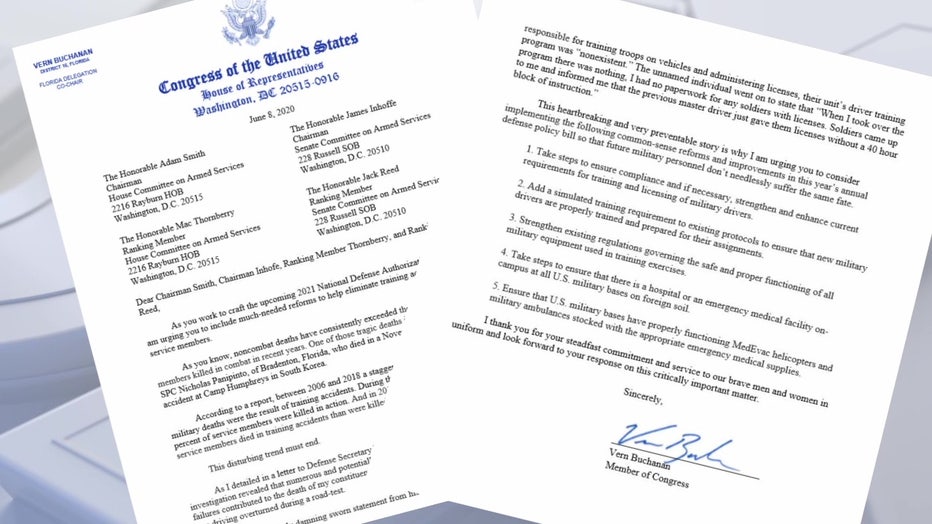 He's calling for the following changes:

- Steps to ensure compliance and if necessary, strengthen and enhance current requirements for training and licensing of military drivers.

- Add a simulated training requirement to existing protocols to ensure that new military drivers are properly trained and prepared for their assignments.

- Take steps to ensure that there is a hospital or an emergency medical facility on-campus at all U.S. military bases on foreign soil.

Weaver wants these safeguards put in place, to prevent another mother's heartache like the one she now carries.