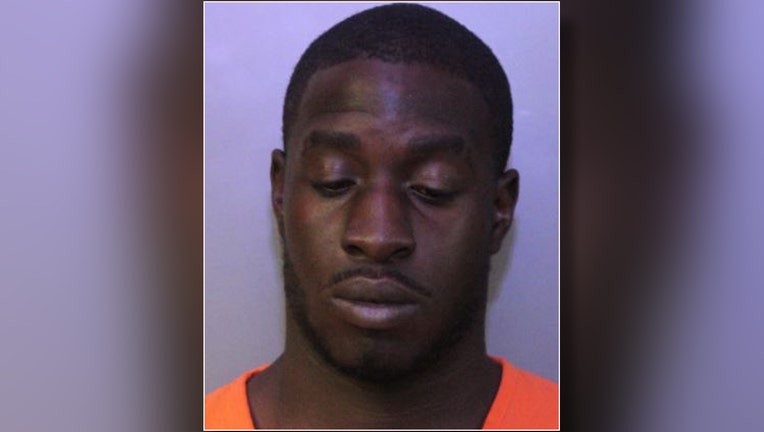 FROSTPROOF, Fla. - Danique Rosius, 23, was arrested in Polk County the same day he was released from state prison.

According to the Polk County Sheriff’s Office, Rosius was a passenger in a car being driven by his twin sister when a deputy noticed him holding two unsecured toddlers in his lap. The deputy turned on his lights and sirens and tried to pull the car over, but it continued to drive slowly for about a mile before stopping.

While searching the vehicle, deputies noticed a handgun and a loaded magazine next to it in the glovebox. Rosius told deputies that he didn’t know it was in the car and he had just been released from state prison. He was arrested and charged with possession of a firearm by a convicted felon and booked into the Polk County jail.

"One would think if you've just been released from prison after being convicted of violent felonies, you would do everything in your power to not break the law again, or be anywhere near a firearm,” said Polk County Sheriff Grady Judd. “This guy literally broke the law the same day he was released from custody, not to mention putting small children in danger. We hope he's learned his lesson this time."

Rosius was arrested by PCSO for robbery in 2014. He was also arrested by the Highlands County Sheriff’s Office in 2015 for resisting arrest, giving false information to law enforcement and violation of probation. He was sentenced to two and a half years in prison for the armed robbery and aggravated assault and was released on February 25.