ST. PETERSBURG, Fla. - Boaters alerted the U.S. Coast Guard about a problem that was killing several birds near the Skyway Bridge.

Paul Corsi and his family spend a lot of time on and around the water near the Skyway looking for injured pelicans and other birds.  He says what he saw a few weeks ago was the worst.

Corsi found eight cormorant carcasses, birds that are protected. They apparently died after becoming stuck on a range marker west of the bridge.

"It’s a very sad thing, as humans we have a responsibility to the planet," Corsi told FOX 13. 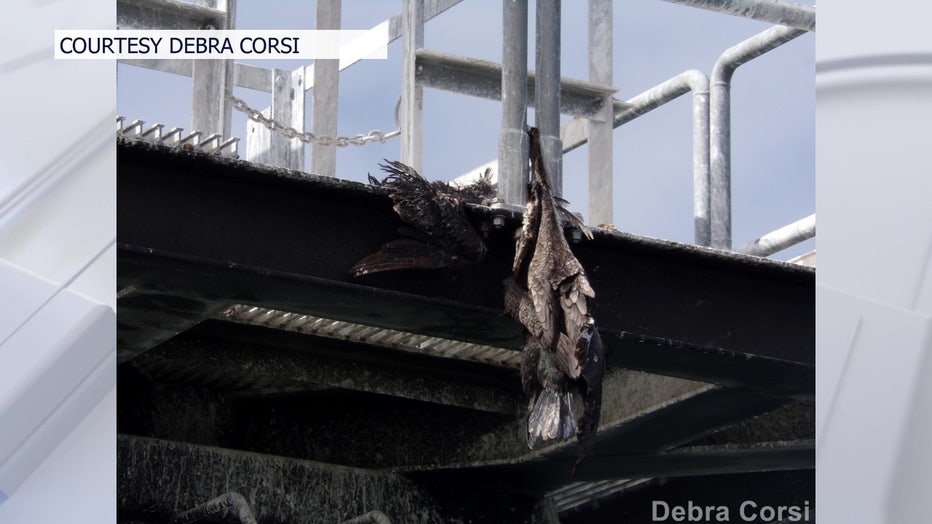 The Coast Guard then went to work installing zip ties and bird spikes that prevent them from landing.

"We were very happy to find it and that it was not to be overlooked any longer," Corsi said.

The Corsis say the Coast Guard thanked them for alerting them to the issue.

How far would you go to help an injured bird? When volunteers from Friends of Pelicans spotted a young pelican entangled in fishing line on a span of the old Skyway Sunshine Bridge, they knew he would die if they didn't do something.