RIVERVIEW, Fla. - A couple moving from St. Louis to Tampa is desperate to find their U-Haul after deputies said it was stolen from a hotel in Clearwater. It had everything they own inside from clothes to furniture to irreplaceable family mementos.

Stan Brown and his wife just moved into their new house in Riverview, but it hardly feels like home. Everything they own and planned to move in is gone.

They packed all of their belongings into a U-Haul truck and drove it down from St. Louis to Tampa at the end of August. They couldn’t move into the new home until September 4, so in the meantime, they stayed at their snowbird apartment and paid to park the truck in the parking lot at the Holiday Inn on Ulmerton Road in Clearwater.

On Sunday, September 4 when they went to retrieve it, it was gone.

"It’s been tough. It’s been especially tough on my wife. It’s been emotional for her. It is for me too," Brown said. 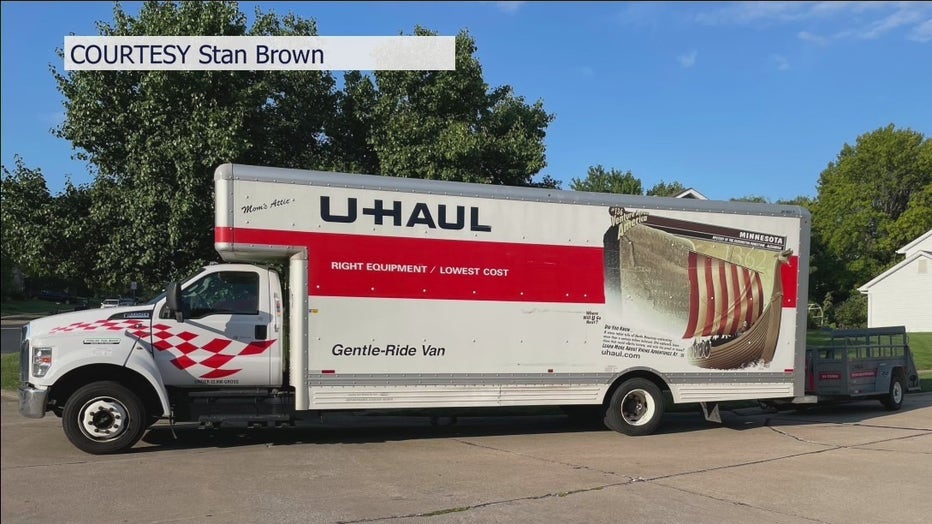 Brown believes it was stolen sometime between Saturday night and Sunday morning. No surveillance cameras point in the direction of the truck also U-Haul doesn't equip their trucks with GPS, so they’ll be relying heavily on tips.

The truck is 26 feet long and features the state of Minnesota with a picture of a Viking ship. The truck's registration number is "JH-4651-F." The number can be found on the metal trim on the top of the rear driver's side of the truck.

Brown says neither U-Haul nor their home insurance companies in St. Louis and Riverview will cover the theft leaving them to hope that it’s somehow found.

"We’re waiting a little bit longer to see if we can recover anything, but eventually we will have to move forward," Brown said.