The Biden administration's sweeping COVID-19 mandate would apply to 84 million workers at mid-size and large companies.

The 2-1 decision by a panel of the 6th U.S. Circuit Court of Appeals reverses a decision by a federal judge in a separate court that had paused the mandate nationwide.

The rule from the U.S. Occupational Safety and Health Administration was to take effect Jan. 4. With Friday’s ruling, it’s not clear when the requirement may be put in place. 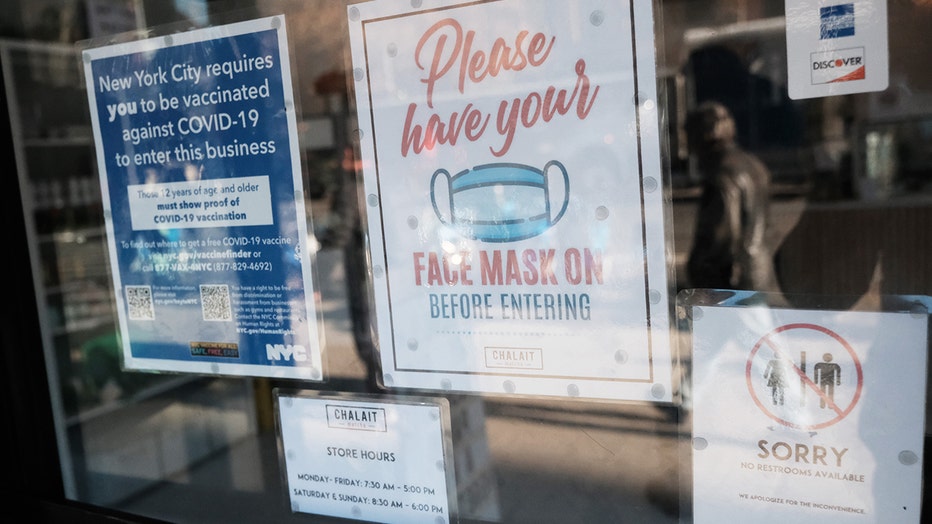 DECEMBER 13: A sign on the door of a coffee shop in Manhattan ask for proof of vaccination and the wearing of a mask on the day that a mask mandate went into effect in New York on December 13, 2021 in New York City. As parts of New York are seeing a

Republican-led states joined with conservative groups, business associations and some individual businesses to push back against the requirement as soon as OSHA published the rules in early November. They argued that OSHA was not authorized to make the emergency rule.

The case was consolidated before the Cincinnati-based 6th circuit, which is dominated by Republican-appointed judges. Of the two ruling in favor of the OSHA mandate, one was appointed by a Democratic president and the other by a Republican. The dissenting judge was appointed by former President Donald Trump.

"The Sixth Circuit’s decision is extremely disappointing for Arkansans because it will force them to get the shot or lose their jobs," she said.

South Carolina Attorney General Alan Wilson, who also is chairman of the Republican Attorneys General Association, said in a Twitter message Friday that he was confident the mandate could be stopped.

The vaccine requirement would apply to companies with 100 or more employees and would cover about 84 million workers. Employees who are not fully vaccinated would have to wear masks and be subject to weekly tests for the coronavirus. There would be exceptions for those who work outdoors or only at home.