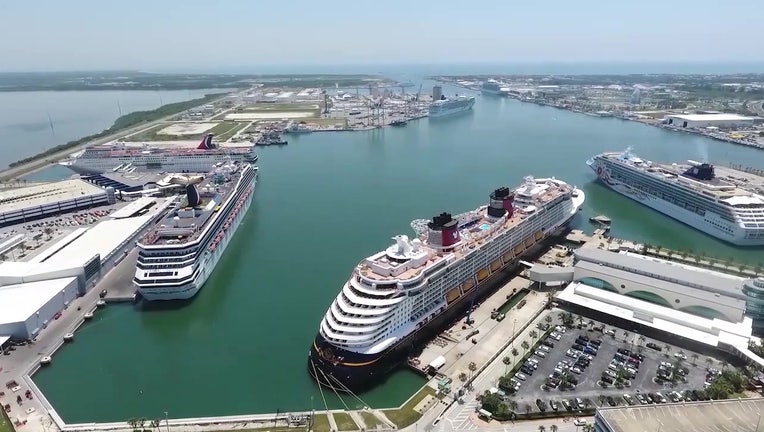 TAMPA, Fla. - A federal judge has granted the state of Florida a victory in its case against the federal government over its cruise ship restrictions, ordering both sides to return to mediation after they had previously declared an impasse.

The United States District Court's Middle District of Florida, Tampa Division, issued the ruling Friday afternoon, granting the state's motion for a preliminary injunction against the Centers for Disease Control and Prevention, blocking them from enforcing a cruise ship from arriving to or departing from a Florida port.

Florida Attorney General Ashley Moody had filed the lawsuit against U.S. Secretary of Health and Human Services Xavier Becerra in an effort to get cruise ships sailing again without conditional sailing order requirements set forth by the CDC.

In the judge's order, he wrote that Florida is "highly likely to prevail on the merits of the claim that the CDC's conditional sailing order and the implementing orders exceed the authority delegated to the CDC."

However, the judge delayed the injunction until July 18, and gave the CDC two weeks to propose a more targeted no-sail order that would remain within their authority.

"Today's ruling is a victory for the hardworking Floridians whose livelihoods depend on the cruise industry," Moody said in a statement. "The federal government does not, nor should it ever, have the authority to single out and lock down an entire industry indefinitely. I am excited to see the cruise industry get sailing again, and proud to stand with Governor Ron DeSantis against illegal federal overreach and draconian lockdown measures."