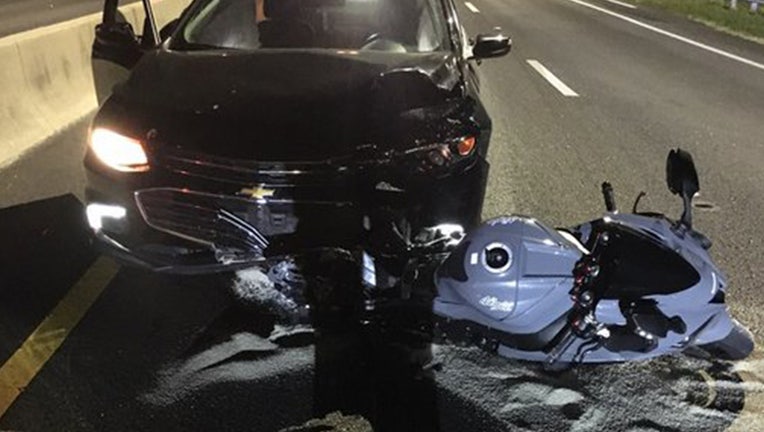 CLEARWATER, Fla. - Clearwater police said a late-night crash on one of the Bay Area’s major bridges involved a motorcyclist.

Police said the crash occurred in the eastbound lanes of the Courtney Campbell Causeway around 11:52 p.m. They said a motorcyclist changed lanes and entered the path of a car, causing the crash.

The motorcyclist, who has not been identified, was taken to St. Joseph’s Hospital in Tampa. As of Friday morning, police said he remained in critical condition.

Police did not say whether the driver of the vehicle was injured.

Lanes were closed for several hours during the investigation, but reopened early Friday morning.