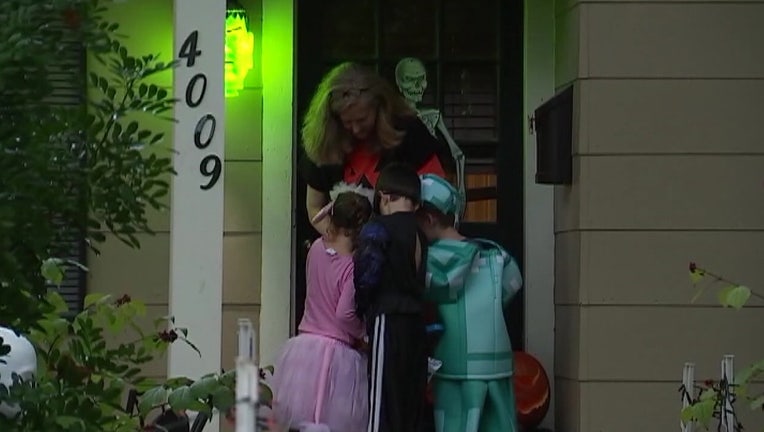 NEW YORK - New York Gov. Andrew Cuomo said Tuesday that despite the ongoing coronavirus pandemic, he will not ban trick-or-treating on Halloween.

Rather, Cuomo said he will offer advice and guidance regarding Oct. 31st, "and then you will make a decision what you do that night."

Related: Cities, tourist attractions brace for the possibility of Halloween getting canceled

Across the river in New Jersey, Gov. Phil Murphy hinted that the state would also allow trick-or-treating.

“As far as this moment in time, Halloween’s still on in New Jersey,” Muphy told NJ Advance Media earlier this month.

Although, with a night prone to crowds, Murphy said trick-or-treaters should expect some changes.

“Obviously, it’s not gonna be a normal Halloween," he said. "We’re gonna have to do things very carefully. I’m sure we’re gonna have protocols that we’ll come to. And God willing, the virus stays under control.”

The comments from Cuomo and Murphy, however, contrast recommendations made on the West Coast where one county is "recommending that trick-or-treating not happen this year."

One day later, officials updated guidelines to stop short of prohibiting kids from going door to door to collect candy.