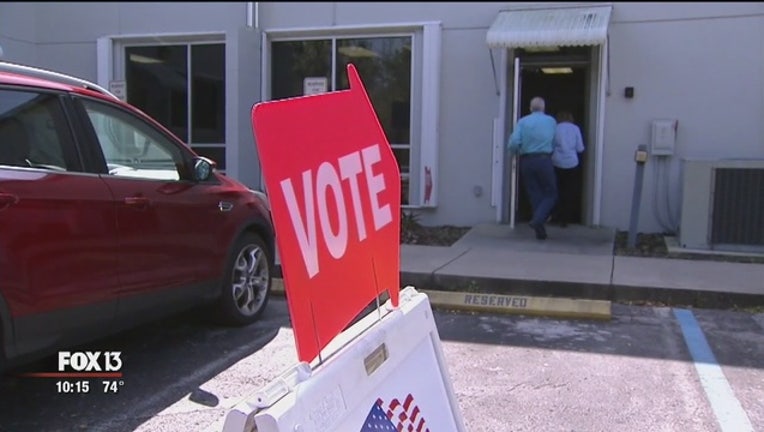 WASHINGTON (AP) - The Justice Department said Monday it will send more than 500 staffers to 28 states, including Florida, on Election Day to monitor the polls, a 35 percent reduction in personnel from the number four years ago.

The staffers will be dispatched to 67 jurisdictions to watch for potential civil rights violations, such as discrimination on the basis of race.

The announcement comes amid rising concerns about voter intimidation, particularly aimed at minorities.

The number of personnel is fewer than the roughly 780 monitors and observers who were dispatched during the 2012 presidential election. The Justice Department has said its poll-watching presence has been curtailed by a 2013 Supreme Court opinion that gutted a key provision of the Voting Rights Acts. That decision has led to a reduction in trained observers, who enjoy unfettered access to the polls and cannot be removed from the sites.

Even so, the Justice Department said it was still sending staffers to five more states than it did during the 2012 election.

Most of the more than 500 staffers will be monitors, who rely on the cooperation of local officials to do their jobs. Observers in this election are limited to a handful of jurisdictions around the country where federal court orders are in place that authorize their presence.

Justice Department officials say they hope voters will not detect any difference in the federal presence.

"In most cases, voters on the ground will see very little practical difference between monitors and observers," Vanita Gupta, head of the department's Civil Rights Division, said in a statement. "We work closely and cooperatively with jurisdictions around the country to ensure that trained personnel are able to keep an eye on the proceedings from an immediate vantage point."

Among the states receiving federal monitors are those that have changed their voting rights laws since the last general election, or that are seen as more likely to experience problems on Tuesday. The Justice Department listed five counties each in North Carolina and Florida where staff will be sent.

"The department is deeply committed to the fair and unbiased application of our voting rights laws and we will work tirelessly to ensure that every eligible person that wants to do so is able to cast a ballot," Attorney General Loretta Lynch said in a statement.