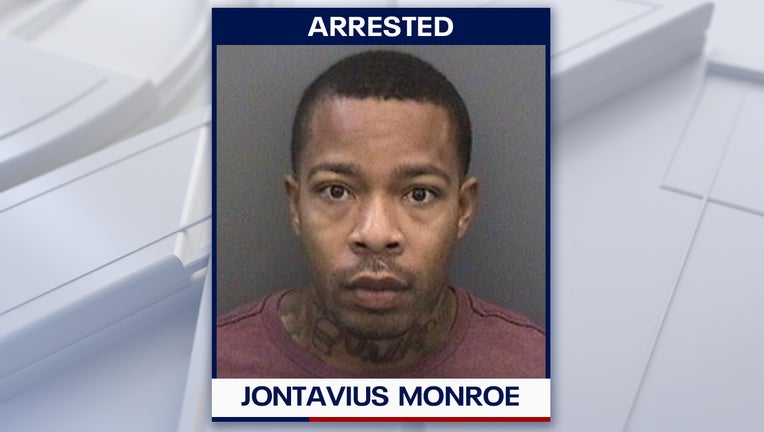 SEFFNER, Fla. - Deputies have arrested a convicted felon who had been on the run for several days after they said he shot a child in the leg following an argument at a Seffner gas station on Saturday.

According to deputies, Monroe got into an argument with another customer at the gas station, then followed the customer's car out of the parking lot and north onto Pine Street.

While driving in their respective vehicles, Monroe pulled up next to the other customer's car. That's when investigators said he shot into the vehicle, striking a child in the leg.

The child was taken to a nearby hospital with non-life-threatening injuries.

In addition to the attempted murder charge, Monroe also faces charges of aggravated battery, discharging a firearm from a vehicle, shooting into a vehicle, and being a felon in possession of a firearm.

Monroe is an eight-time convicted felon, investigators said. He is being held in the Hillsborough County Jail with no bond.