A personal watercraft accident left a man unconscious in the water. Fortunately for him, an off-duty deputy saw it all happen and swooped in for the rescue.

Orange County Deputy Alex Floyd was riding jet skis with his dad near Egmont Key on December 3 when he decided to play in the wake of a passing barge.

Seconds later, he watched another man on a personal watercraft launch over a wave and get tossed into the water.

Floyd raced over and jumped in to help the man who was floating face-down and unconscious. He had a deep cut on his chin and was bleeding from the ears.

Floyd recalled the ordeal for FOX 13 News, saying he was simply in the right place at the right time.

The man was taken to the hospital after the violent wreck, and is said to be recovering well.

A short clip of video shows part of what happened, but it holds a valuable lesson about safety while riding.

In this case, Floyd was able to get to the man quickly - a move that likely saved the man's life.

It's a reminder to ride with a group instead of going solo.

"Especially if you're out doing anything where you're playing around, riding, you know, aggressively, you want to have backup right with you and you want to have several people with you," said David Stansel, owner of The Jet Ski Shop in Pinellas Park.

He says it's important to follow the rules and always wear a life vest. In the video, you can see how his personal flotation device keeps him from sinking.

If your goal is big air and tricks, a helmet is also smart to have.

"If you're going to ride in a situation like that, where it's obvious he wasn't experienced with those waves, putting a helmet on is good insurance,” Stansel said.  “Helmets are cheap; a good jet ski helmet is about $100."

The video also shows the injured man's watercraft continued to run after the crash. Stansel says the man was likely wearing a kill switch lanyard that went around his wrist, which can slip off instead of turning off the engine.

A better option is a tether that clips directly to your life jacket.

"When it's on your vest it normally kills it right away as soon as you leave the seat,” said Stansel.  “If you end up in the water, you want your ski right there so that you can get back on."

He says the bottom line is to make sure you're being safe and responsible on the water. 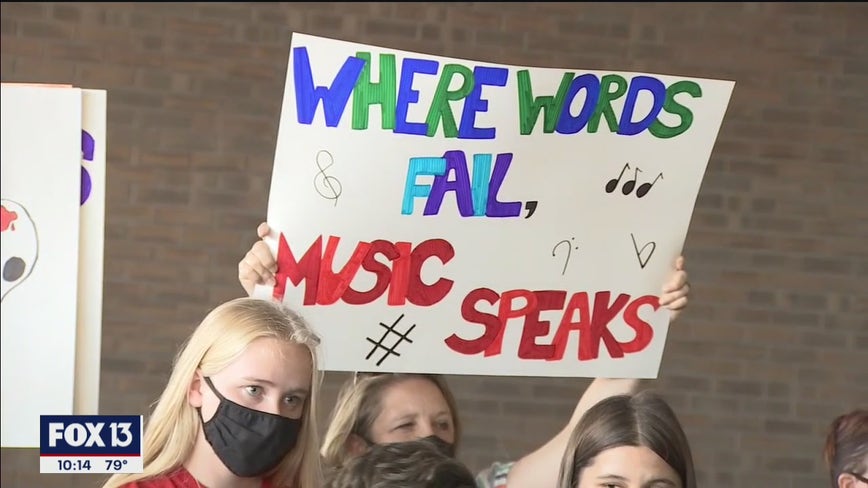