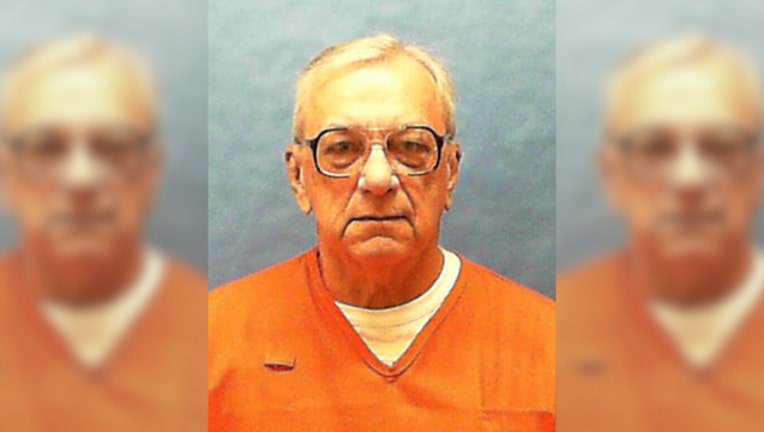 More than 34 years after the nude body of a 14-year-old girl was found in Pinellas County, Gov. Ron DeSantis on Wednesday signed a death warrant for convicted murderer James Dailey.

TALLAHASSEE, Fla. (NSF) - More than 34 years after the nude body of a 14-year-old girl was found in Pinellas County, Gov. Ron DeSantis on Wednesday signed a death warrant for convicted murderer James Dailey.

Dailey, now 73, was convicted in the May 1985 murder of 14-year-old Shelly Boggio, who had been hitchhiking with her twin sister near St. Petersburg, according to a summary of the case released Wednesday night by DeSantis’ office. Dailey and another man, Jack Pearcy, later took Boggio to what was described as a “deserted fishing area,” where her body was later found with multiple stab wounds, according to the summary and court documents.

Pearcy, now 64, was sentenced to life in prison for the murder, while Dailey received the death penalty.

In releasing the death warrant, DeSantis’ office included a 1994 resentencing order that provided grisly details about Boggio’s death. It said the motive in the crime was sexual battery.

“The victim’s body was found completely nude, floating in the Intercoastal Waterway,” said the resentencing order by Circuit Judge Thomas E. Penick Jr. “Her underwear was found on shore near areas of fresh blood. Shelly Boggio’s jeans had been removed and thrown in the waterway. Potential physical evidence of an actual sexual battery upon Shelly Boggio was lost because her body had been floating in the waterway for an extended period of time. All of the evidence and testimony presented established beyond a reasonable doubt that Shelly Boggio at the very least was a victim of an attempted sexual battery.”

State and federal courts have turned down a series of appeals filed by Dailey since at least 1995, according to the death warrant.

The other executions ordered this year by DeSantis involved inmates who committed multiple murders.

Bowles, 57, was sentenced to death for the murder of Walter Hinton, who was found dead in 1994 n his Jacksonville mobile home. Bowles also was serving life sentences for the 1994 murders of John Roberts in Volusia County and Albert Morris in Nassau County. In addition, Bowles confessed to murdering men in Georgia and Maryland, with evidence suggesting he targeted gay men.

Long, 65, was sentenced to death in the 1984 murder of Michelle Simms after picking her up on Kennedy Boulevard in Tampa. In 1985. Long also pleaded guilty to seven additional first-degree murder charges and numerous charges for sexual batteries and kidnappings in the Tampa Bay region.