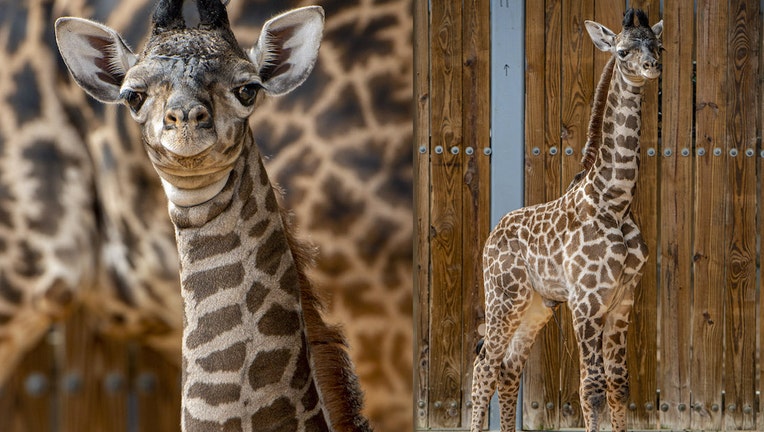 ORLANDO, Fla. - Walt Disney World announced on Monday that they recently welcomed in a giraffe calf.

They said that a Masai giraffe calf was born on June 10th. The healthy, long-legged calf is a boy and stands at nearly six feet tall already. He weighs about 183 pounds and had made himself home at the park, spending lots of time with his mom, Lily, backstage.

The boy is described to be "playful, curious, and pretty chill." He also apparently has a unique butterfly marking over his right shoulder and heart-shaped markings dotting his coat. The different size and color markings actually camouflage giraffes while on the savanna and distinguish them from other subspecies. Masai giraffes typically have lacy-edged spot patterns that resemble oak leaves. 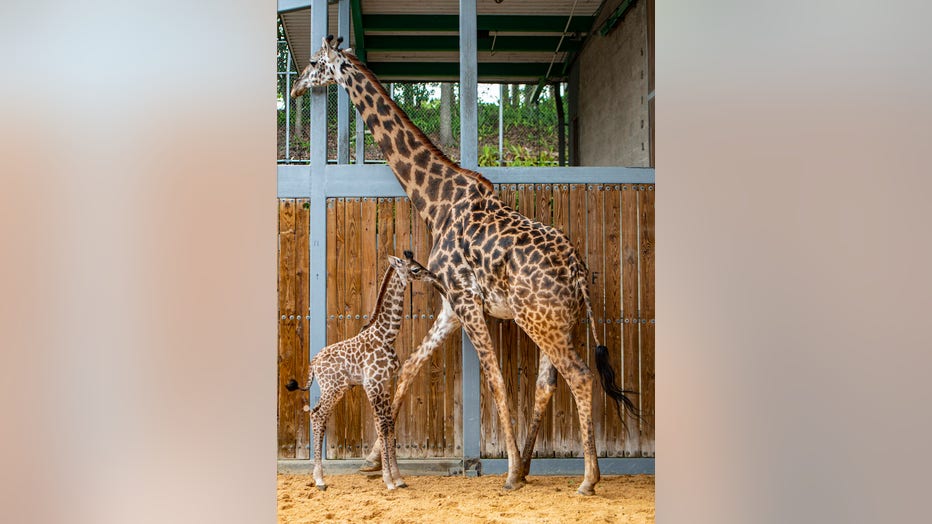 "A heartfelt congratulations to our devoted animal care team for this latest animal birth at Disney’s Animal Kingdom," Walt Disney World said. "It marks another success for the Association of Zoos and Aquariums’ Species Survival Plan Program that oversees responsible breeding of threatened and endangered species."

They added that the "pair are doing well and staying close together as they bond. Park guests will be able to see Lily and her adorable calf on Kilimanjaro Safaris in the coming weeks when the pair joins the rest of the herd on the savanna."

Giraffes are said to be facing extinction in the world, with a population decline of 40 percent over the last 30 years. There are roughly about 35,000 Masai giraffes left in the wild and their population continues to decline because of poaching and habitat destruction, Disney said.