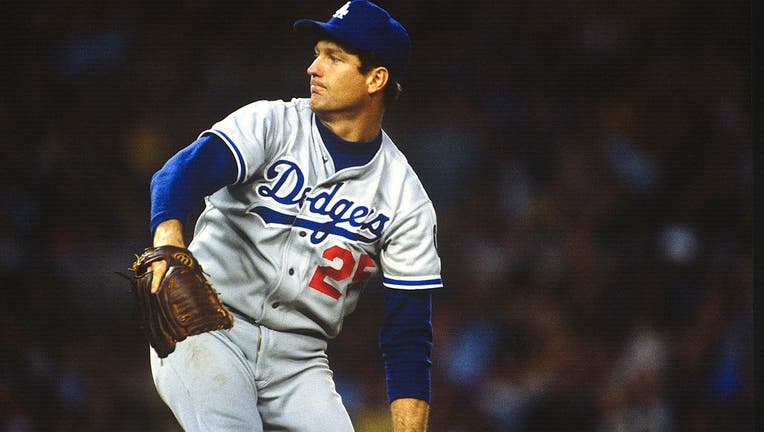 INDIO, Calif. - Former Los Angeles Dodgers pitcher Tommy John is receiving oxygen at a hospital near his Indio home after being diagnosed with the coronavirus in December, it was reported Wednesday.

However, the 77-year-old John told The Daily Beast that he is experiencing no symptoms of the disease.

"I'd leave (the hospital) right now if they'd let me walk out," John told the website.

John was diagnosed with COVID-19 on Dec. 13, a day after returning home from a trip to Nashville, Tennessee, the report said.

The website quotes John's "longtime girlfriend," Cheryl Zeldin, as saying that during the trip John suddenly lost motor control, and could barely get out of a car on returning to a hotel. The next day, he needed help from several people getting off an airplane in California.

The following day John was rushed to a hospital where he was diagnosed with COVID-19, the report said.

Since then, John has been hospitalized twice more, when his oxygen saturation level dipped dangerously low, and in late December for extreme lethargy that prevented him from walking, Zeldin said.

John, meanwhile, downplayed his symptoms to the website -- only acknowledging he was on oxygen when confronted with Zeldin's words, and saying, "These people here would put you on anything!"

He also accused the reporter of "making a mountain out of a molehill."

In one of them, on Dec. 30, the younger John said COVID-19 was "Not a pandemic. Never was. COVID-19 is an idea of a disease. There is no virus that causes it and all tests are meaningless for it. It doesn't mean they didn't do this for a reason. And that reason has nothing to do with our health. This is not a pandemic. Never was. It's much worse."

John is perhaps more famous for the surgery that bears his name than for his exploits on the mound. In 1974, he tore his ulnar collateral ligament pitching against the Montreal Expos. Dr. Frank Jobe, the Dodgers physician, performed an experimental ligament replacement surgery on John later that year, which eventually allowed him to continue his career. "Tommy John surgery" has since become a routine and frequently successful procedure for major league pitchers.