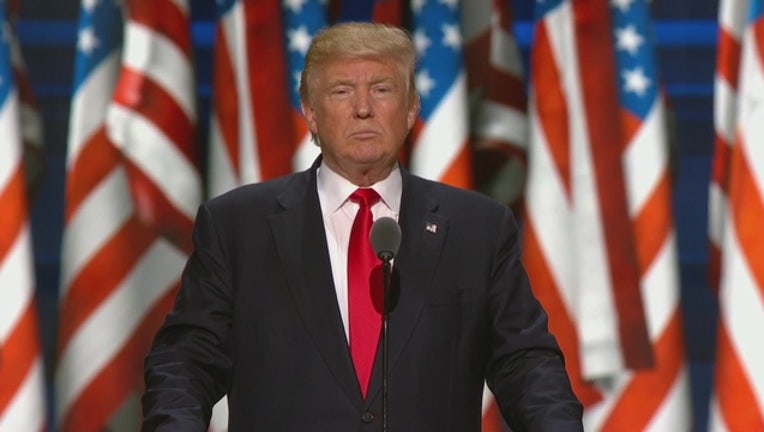 When inaugurated in January, Trump will become the 45th President of the United States.

When President-Elect Trump assumes the Oval Office, the United States could be facing a number of changes. Throughout his campaign, Trump took strong stances on several issues to earn votes -- promises he’s said he’ll implement as soon as possible.

What will the cabinet of President Donald J. Trump look like?

Who exactly will fill those roles - and what role some of the prominent leaders in the Republican party will take - will have to wait for the 45th President of the United States to take office.

Perhaps his most polarizing platform, Trump’s highly publicized immigration policies may be the first tasks on his list. He’s already outlined a list of ways to compel Mexico to pay for his infamous wall along the southern border, including visa restrictions and trade tariff adjustments.

“Under my administration, anyone who illegally crosses the border will be detained until they are removed out of our country,” he said to his audience.

“Every income group receives a tax cut under the Trump plan, with million more being removed from the income tax rolls and low-income Americans paying no income tax at all,” he said.

Trump reiterated throughout his campaign that one of his first actions as President would be asking the nation’s top military leaders to present a plan within 30 days to “defeat and destroy ISIS.” By the numbers, his Armed Services goals include 540,000 active Army soldiers, 1,200 fighter aircraft in the Air Force, 350 surface ships in the Navy, and 36 battalions to house the country’s Marine Corps.

The New York Times reported a Trump victory could result in many investors selling stocks in a quick, “knee-jerk sell-off.” Shares in health care companies could take a hit in the wake of uncertainty whether Obamacare will be repealed -- a top item on Trump’s to-do list since day one.

Sectors of the traditional energy industry – including oil companies – may pick up if Trump makes good on promises to repeal regulations. Specific companies that may take an immediate hit include AT&T and Time Warner, after Trump expressed his disapproval of the companies' planned merger.

CNN Money reported top Mexican officials say they prepared a contingency plan in case Trump became president, but did not release any details. Trump’s negative rhetoric while campaigning has already had an effect on Mexican currency -- the value of the peso has dropped 9 percent so far this year.

A number of celebrities have claimed, whether joking or not, they would leave the country if Trump was elected president, including Bryan Cranston, Chelsea Handler, Amy Schumer, Barbara Streisand, Jon Stewart and George Lopez. Only time will tell.

President-elect Trump will be inaugurated on Friday, January 20.