The COVID-19 pandemic is impacting an unlikely supply: breast milk.

The Human Milk Banking Association of North America (HMBANA) announced on Jan. 19 it is in urgent need of donated breast milk.

"In efforts to meet the increasing demand for donor milk, coupled with a decline in milk donations, the Human Milk Banking Association of North America (HMBANA) and its member milk banks across the United States and Canada are urging healthy, lactating people to consider donating to their local milk bank today," according to a news release.

The HMBANA points to the ongoing pandemic, winter storms and short staffing for the depleted supply of breast milk which is essential to "saving the most vulnerable babies’ lives."

People are encouraged to find a local milk bank and donate today. 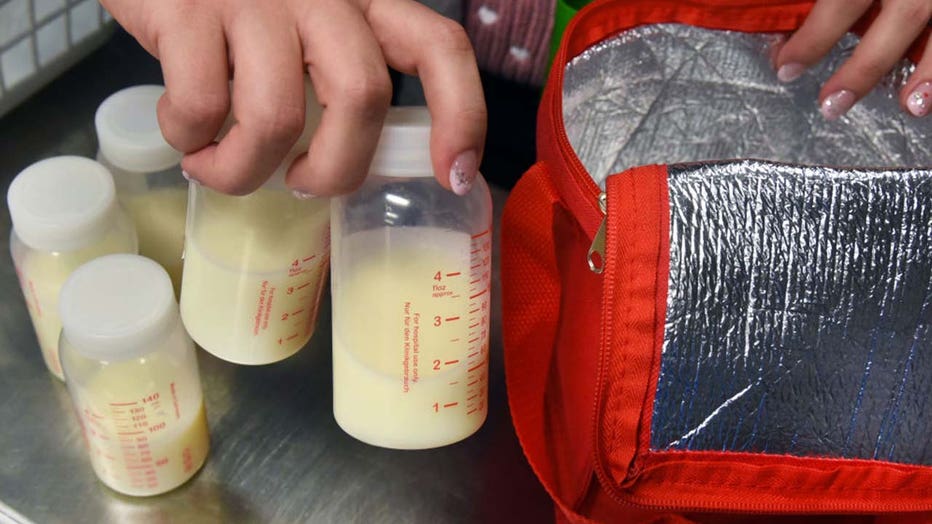 Shortages both in labor and supply have only become worse in the United States with the recent severe weather events and surge in cases of the omicron variant of COVID-19.

The shortages are widespread, impacting produce and meat as well as packaged goods such as cereal. And they’re being reported nationwide. U.S. groceries typically have 5% to 10% of their items out of stock at any given time; right now, that unavailability rate is hovering around 15%, according to Consumer Brands Association President and CEO Geoff Freeman.

Part of the scarcity consumers are seeing on store shelves is due to pandemic trends that never abated - and are exacerbated by omicron. Americans are eating at home more than they used to, especially since offices and some schools remain closed.

The average U.S. household spent $144 per week at the grocery store last year, according to FMI, a trade organization for groceries and food producers. That was down from the peak of $161 in 2020, but still far above the $113.50 that households spent in 2019.

A deficit of truck drivers that started building before the pandemic also remains a problem. The American Trucking Associations said in October that the U.S. was short an estimated 80,000 drivers, a historic high.

And shipping remains delayed, impacting everything from imported foods to packaging that is printed overseas.

Retailers and food producers have been adjusting to those realities since early 2020, when panic buying at the start of the pandemic sent the industry into a tailspin. Many retailers are keeping more supplies of things like toilet paper on hand, for example, to avoid acute shortages.

Worker illness is also impacting grocery stores. Stew Leonard Jr. is president and CEO of Stew Leonard’s, a supermarket chain that operates stores in Connecticut, New York and New Jersey. Last week, 8% of his workers - around 200 people - were either out sick or in quarantine. Usually, the level of absenteeism is more like 2%.

Weather-related events, from snowstorms in the Northeast to wildfires in Colorado, also have impacted product availability and caused some shoppers to stock up more than usual, exacerbating supply problems caused by the pandemic.

In the longer term, it could take groceries and food companies a while to figure out the customer buying patterns that emerge as the pandemic ebbs, said Doug Baker, vice president of industry relations for food industry association FMI.