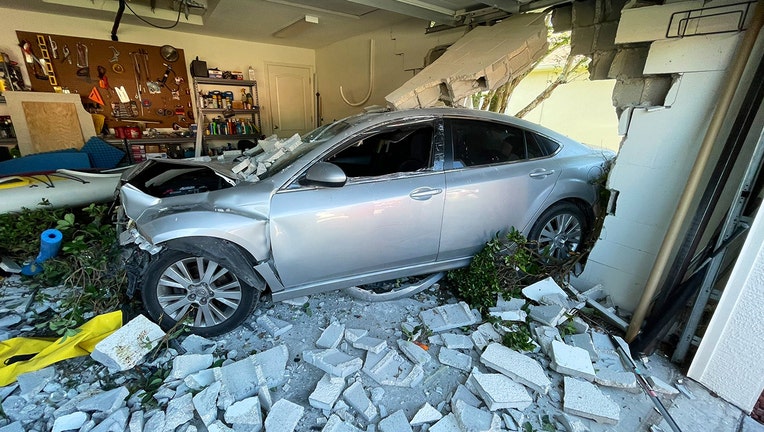 LAND O' LAKES, Fla. - A vehicle ended up inside the garage of a Pasco County home after crashing through a wall.

The collision occurred Wednesday morning in the 3100 block of Banyan Hill Lane in Land O’ Lakes. Florida Highway Patrol troopers said the driver had a medical emergency, veered off the roadway, and crashed into the garage.

According to Pasco County Fire Rescue, the driver was taken to a hospital with minor injuries. Photos from the agency show front-end damage to a silver car. 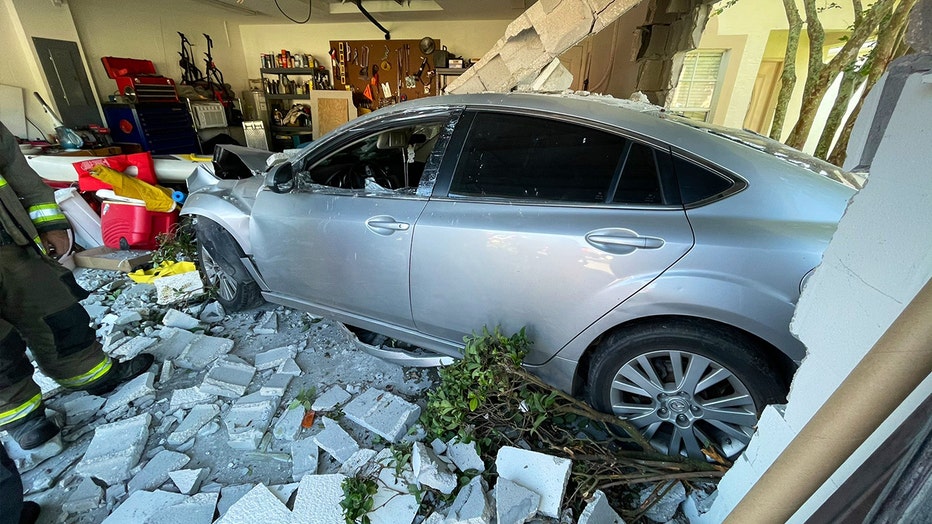 Investigators said people were home and heard the crash. No one inside was hurt.

The vehicle was seen resting inside the garage with cement blocks and debris surrounding it.