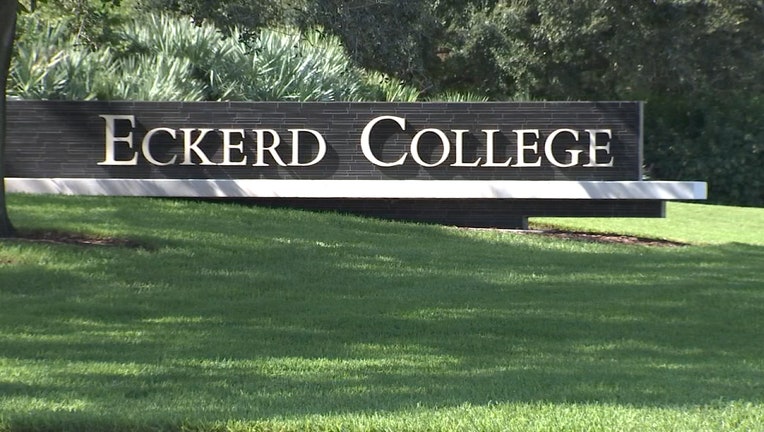 ST. PETERSBURG, Fla. - St. Petersburg police arrested a 23-year-old man after he made threatening statements that included "violence" at Eckerd College, they said.

Police said they received a report Thursday around 3 p.m. that Eli Altman Johnson, a student at the school, make those threats in a voicemail and text messages to a person off-campus. Investigators said Johnson threaded the victim "as well as threatened an act of violence at the school."

They said the victim, who they didn't identify, notified the police.

Campus security found Johnson in his dorm room and waited for police to arrive, according to the agency. During that time, John ingested pills and was taken to a hospital, investigators said.

READ: St. Pete PD chief: Officer fired for using stun gun on man who was 'not physically resisting' during arrest

They said he was Baker Acted and taken to Pinellas County Jail before 11 p.m. that night.

"Police did not locate a firearm in his room or his vehicle, but investigators learned he had purchased a gun earlier in the day and was in the three-day waiting period before he could possess it," according to a news release from the St. Petersburg Police Department.

Johnson faces charges of making threats to kill, do bodily damage or conduct a mass shooting or act of terrorism.