The Ellen DeGeneres Show is currently in its 18th season

The comedian and host told the Hollywood Reporter that "The Ellen DeGeneres Show" will end after its upcoming 19th season.

DeGeneres informed her staff this week of the decision and was also set to discuss the news with her predecessor Oprah Winfrey on the show’s May 13th episode, according to the outlet.

"When you’re a creative person, you constantly need to be challenged – and as great as this show is, and as fun as it is, it’s just not a challenge anymore," DeGeneres told The Hollywood Reporter.

Timeline: A look at the career of Ellen DeGeneres

Here's a look back at the decorated career of Ellen DeGeneres.

The show, which first aired in 2003, has won dozens of awards — including more than 60 Daytime Emmy Awards. She has filmed over 3,000 episodes and chatted with thousands of guests and famous celebrities during its run.

DeGeneres revealed that the decision to end the show had been something she’d wrestled with for years. Her wife, Portia de Rossi, had encouraged her in the past to move on from the show with such a busy filming schedule, while her brother and Warner Bros. executives had urged her to continue, as shared in a 2018 profile by the New York Times. 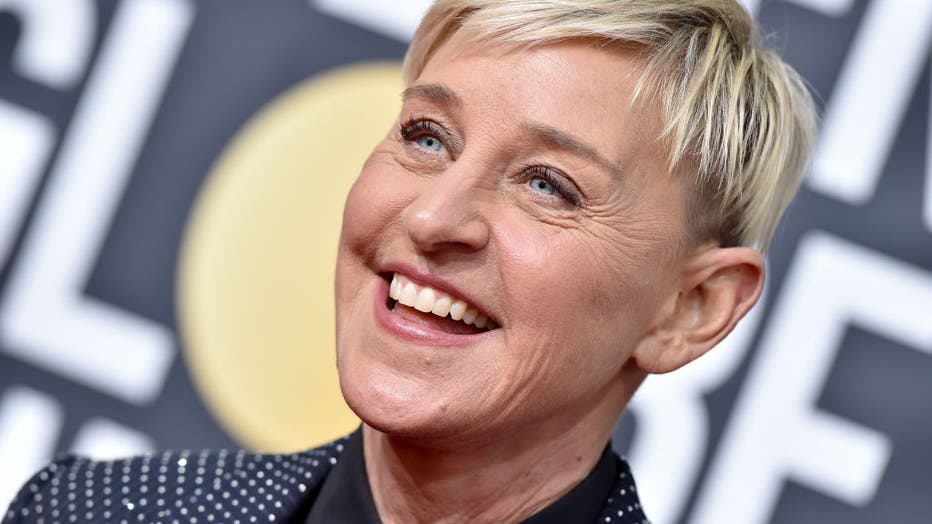 Last summer, she faced allegations of a toxic work environment in a report by Buzzfeed News. Three of the show’s producers left amid allegations of a dysfunctional workplace that harbored misbehavior, including sexual misconduct and racially insensitive remarks.

DeGeneres used the opening monologue of the show’s 18th season to address the allegations, apologizing for things "that never should have happened."

"I know that I’m in a position of privilege and power and I realize that with that comes responsibility, and I take responsibility for what happens at my show," she said at the time.

"We have had a lot of conversations over the last few weeks about the show, our workplace, and what we want for the future," she continued. "We have made the necessary changes and today we are starting a new chapter."

Ellen DeGeneres addressed allegations of a toxic work environment during the opening monologue of her daytime talk show.

Before the success of her talk show, DeGeneres made history in 1997 with a headline of "Yep, I’m Gay" on the cover of Time magazine and the same declaration on her sitcom, "Ellen." She was the first prime-time lead on network TV to come out, capturing the hearts of supporters gay and straight amid a swirl of hate mail, death threats and, ultimately, dark times on and off the screen.

Years later, DeGeneres said the decision to come out was because she was done with lying and hiding.

"It became more important to me than my career," she told the Associated Press in 2017. "I suddenly said, ‘Why am I being, you know, ashamed of who I am just to be successful and famous in society’s eyes?’"

The episode was watched by an estimated 44 million viewers. It won an Emmy for writing, a Peabody as a landmark in broadcasting and numerous other accolades. But the next season took a ratings hit, bashed by some as unfunny and "too gay." Sponsors fled and the sitcom was canceled.

DeGeneres has said she later went into a "hole," a deep depression, where she stayed without work for more than three years.

But she made a spectacular comeback, eventually, going on to host the successful daytime talk show and providing the voice of Dory in the successful 2003 animated movie "Finding Nemo" and the 2016 spin-off "Finding Dory."

RELATED: 'Be kind to everyone': Ellen DeGeneres defends sitting next to George W. Bush at NFL game